Why is “American Pie Presents: Girls’ Rules” rated R? The MPAA rating has been assigned for “pervasive strong/crude sexual content, language throughout, alcohol and some drug use

– all involving teens.” The Kids-In-Mind.com evaluation includes many sex scenes between teens with partial nudity, a couple of implied sex scenes between a man and a woman, a near sex scene between a school administrator and a teen girl, several masturbation scenes, a couple of scenes in a sex shop with sex aides on display, a few fistfights with no injuries shown, a fall from a roof with no injuries, a fall from a fence and running into inanimate objects a couple of times with one ending with a bloody wound, several arguments, and nearly 30 F-words and other strong language. Read our parents’ guide below for details on sexual content, violence & strong language.

– A teen girl runs into a heavy door and falls on her face (we see blood on her teeth when she gets up). A teen girl wearing a trench coat and high heels climbs a tall fence and falls over, catching her coat on the top of the fence and tearing it (please see the Sex/Nudity category for more details); she lands on her face but gets up unharmed, she climbs another fence and onto a house, climbs to the roof, jumps across a gutter, loses a shoe, and climbs down a roof and into a window, half-falling and she later falls three stories out of a window, but she seems unhurt, only covered with mud and dirt. A teen girl runs into a locker and falls (she’s uninjured). A teen girl chokes on a dental dam and a college boy gives her the Heimlich maneuver to pop it out onto the floor. A teen girl punches another girl, who falls against a wall, but no injuries are visible. A teen girl hits a teen boy with a thrown cellphone and the couple argues briefly. A teen girl throws a book hard into a college boy’s groin and he bends over, yelping. Two teen boys argue and one draws back a fist, but does not strike the other boy. A teen boy harasses a teen girl and a young man tells him to back off, but the harasser hits the young man in the face, causing him to fall (no injury is visible). A teen girl punches a teen boy in the face and he falls down. Two teen boys argue for several seconds, and we see bruises on the second boy’s face. On a sports field, a teen girl launches a lacrosse ball that hits a teen boy in the head; he gets up and rubs his head, moaning briefly in pain. A teen girl runs down a flight of stairs and falls onto two other girls, but no one is hurt. A teen boy at a party dances on crutches. Several teen couples argue briefly and one teen girl cries twice.

– A man lights and smokes a bong and coughs loudly several times as we see yellowish smoke rise, and a woman says about a man that “He took his last Viagra this morning.” A young man drinks from a keg as a teen girl sprays beer into his mouth from the hose, a teen girl chugs Tequila from a bottle, teen boys and teen girls drink from cups that are implied to contain alcohol, four teen girls hold and drink from large champagne bottles, three college girls are seen on a computer screen pouring alcoholic shots and streams from liquor bottles into a college boy’s mouth, a man takes a bottle of wine to a house party, and a few men and women at a house party hold glasses of alcohol (no one drinks).

– Sexual experience is better when combined with a special relationship. 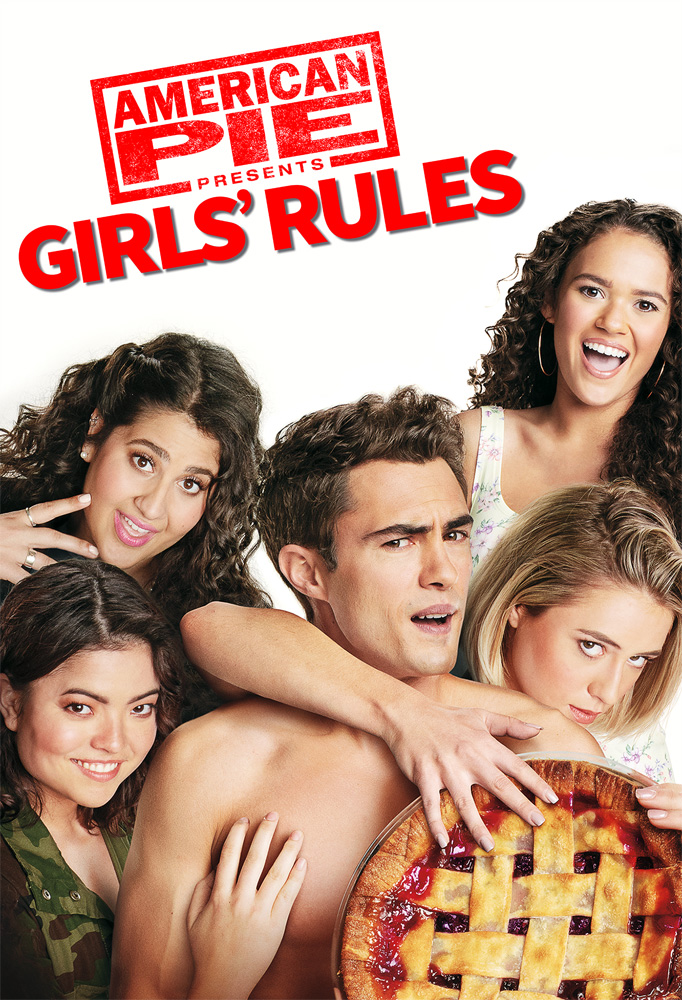