SEX/NUDITY 2 - We see a woman wearing a short maid outfit (bare legs and cleavage are evident) and a chipmunk says, "She's also a masseuse," and makes an animal noise.
► Several women at a party wear low-cut and short tops and skirts that reveal cleavage, bare abdomens and bare legs and a few dance onstage thrusting hips and singing. We see a man in his boxer shorts when he almost leaves home without pants. A woman wears low-cut tops and dresses that reveal cleavage. A man wears a robe that hangs open in the front exposing his bare chest. We see a man zipping up his pants as he walks out of his front door.
► A man opens a dishwasher and finds a chipmunk bathing; it covers its privates and screams. We see three line drawings of chipmunks' buttocks.
► A chipmunk says to a man, "You should have kissed her. She wanted you." A man tells chipmunks to "Show him some booty" during a publicity photo shoot. Someone says, "You're hot."
► A woman becomes upset and leaves when she suspects that a man is trying to set a romantic mood and seduce her while they have dinner (chipmunks are playing tricks on them).
► A man hugs a woman and she tells him to let go.

VIOLENCE/GORE 3 - A large jar falls on a man's head knocking him unconscious, and he falls to the floor (chipmunks think he's dead).
► We see chipmunks locked in a cage. Two chipmunks are sucked into a vacuum (we see one moving through the tube and hear it yelling).
► Chipmunks run through a busy lobby dodging feet, handcarts and a dog that barks at them, and they jump into a basket and hide. A chipmunk dangles from the bottom of a remote control helicopter as it flies around a room. A man throws a chipmunk out of a room and it slides across the floor.
► Someone cuts down a tree where three chipmunks are dwelling; the tree falls down with the chipmunks in it and it is then set up in the lobby of an office building.
► Chipmunks chase people and cause some property damage. A man throws a dinner roll at a chipmunk, which then throws it back at the man. A remote control robot chases a chipmunk. A chipmunk drives a remote control car fast and recklessly with another chipmunk in the car, and the car crashes into furniture and sails through the air (the chipmunk is OK). A chipmunk shoots itself out of a tennis ball launcher (we hear the "thwack" and the chipmunk screams) and it lands in a swimming pool.
► A man throws chipmunks out onto his porch and it begins to rain (they knock on the window trying to get him to let them back in).
► A man hears noises coming from his cupboards, he goes to investigate, three bowls on a counter begin to move, he picks them up, finds nothing, then hears more noises, and he roots through cabinets with a spatula spilling out food and dishes from inside.
► A man finds a chipmunk in a cupboard, it jumps on his face, and climbs on his head where he traps it in a hat; the chipmunk then passes gas in his face. A woman is struck by a stuffed chipmunk and spills her drink. Chipmunks drink coffee and bounce off the walls of a recording studio. A chipmunk is struck on the head with a nut (he's OK).
► A man yells over a telephone and says "You're dead" and "You're out on the street" and people in the room with him think he is talking to his mother. We are told that chipmunks are suffering from exhaustion. A man talks to a woman in a grocery store and he says, "Sometimes you wanna close 'em in a box and leave the box in the park"; he's talking about chipmunks but she becomes uncomfortable thinking that he is talking about children. A chipmunk makes a reference to a man liking to wear dirty underwear. A man is rude and dismissive to another man. A chipmunk makes a comment about rabbits and squirrels being "filthy creatures" and that they "never associate with them." We hear a song with lyrics about death.
► A chipmunk defecates on a sofa, another chipmunk says it's a raisin, a man tells it to prove it by eating it, and the chipmunk does, but then spits it out when the man leaves the room. A man drinks coffee with hot sauce in it (he spits it out). A man finds several stashes of syrup soaked waffles under her rugs and furniture.

SUBSTANCE USE - People drink alcohol at a party, and a man and a woman drink wine with dinner. Chipmunks drink coffee and show the effects of caffeine.

MESSAGE - Nothing is worth the effort without a family with which to share it. 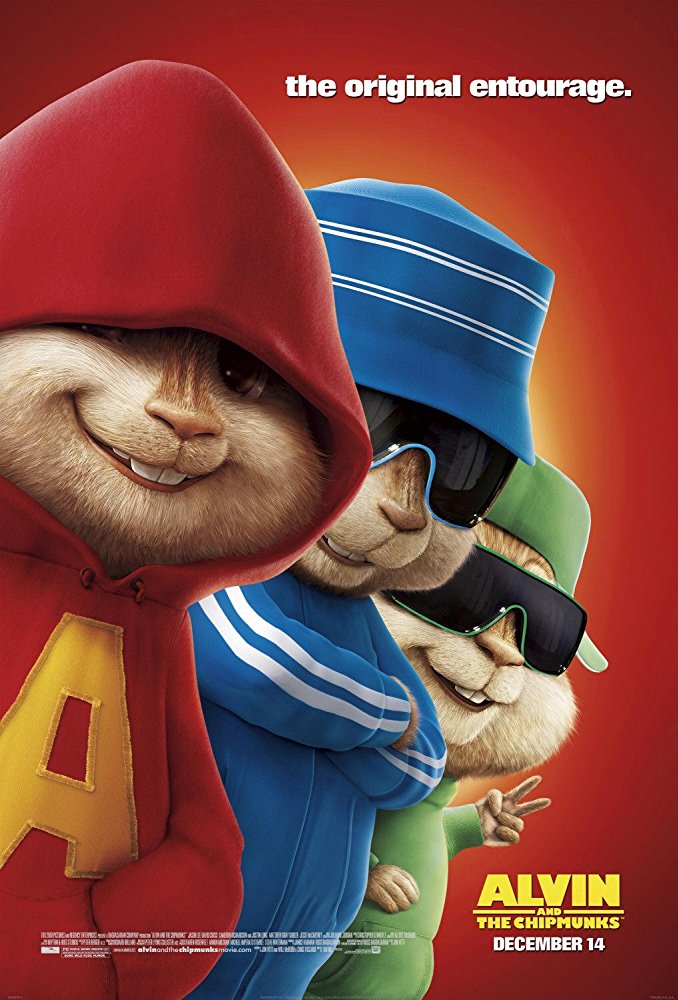