A 19-year-old Los Angeles drug dealer seems to have it all, owning a home and several cars, while spending his days partying with friends. But when one of his friends fails to pay the money he owes him, his solution is to kidnap the man's 15-year-old brother. Events threaten to get out of control, and the lives of many people are affected. With Amanda Seyfried, Justin Timberlake, Anton Yelchin, Bruce Willis, Sharon Stone and Emile Hirsch. Directed by Nick Cassavetes. [1:57]

SEX/NUDITY 8 - A man and a woman have sex: we see him bare-chested, thrusting, and she is moaning (we see her nude later, with a pillow covering her front, and her bare buttocks, back and the side of her breast are visible).
► Two young women undress (we see their bare buttocks and breasts) and jump into a swimming pool; a 15-year-old boy follows them (we see his bare chest); they both kiss him and caress him and the scene ends (it is implied that they have sex).
► A young man returns home to find his father and two women kissing and caressing on a sofa (the man is bare-chested and the women are wearing panties and lace teddies); the father then invites his son to join them.
► A young woman asks a young man if he wants to have sex, and they undress and climb into bed (we see her bare breasts and buttocks and his bare buttocks); they kiss, she makes a remark about his lack of arousal, she moves under the sheets, we hear slurping and moaning, they argue, and the scene ends.
► A young man and a young woman kiss, and several others dance (young women dance seductively and lift their shirts to reveal bare abdomens) and kiss.
► A man pulls down his pants to defecate on a floor and his bare buttocks are visible. Several people barge into a bathroom where a young woman is using the toilet, and one young man pulls her off the toilet (her bare buttocks are visible) and shoves her out the door. Several young men are bare-chested while working out.
► We hear rhythmic panting and moaning coming from behind a door, and a woman opens the door and she's sweaty and covered with a sheet.
► A young woman tells a young man that she wants to perform oral sex on him. A young man asks a woman if she is going to have sex with her husband that night and if she is going to perform oral sex on him. There are several references to a young man performing oral sex on another young man (one tells the other to do so but he does not).
► Two young women proposition a 15-year-old boy. A grandfather asks his grandson if he is going to have sex that night. Several young men make crude remarks about another young man, suggesting that he is homosexual. A man makes crude remarks about his grandson, suspecting that he is homosexual. A young man makes a derogatory remark about the size of another young man's endowment.


VIOLENCE/GORE 7 - One character holds a gun on another character, whose hands and mouth are taped, and he then hits him in the back of the head with a shovel; he falls into a hole in the ground, pleads for his life and is then shot with an automatic weapon (we see blood pooling under his body).
► A man attacks several men and women punching and kicking them and head-butting them, leaving them moaning on the floor (we see blood on the man's head).
► A young man slams a man into a glass table breaking it, the man then throws the young man through a plate glass window shattering it, drags him to a swimming pool and forces his head in the water while a dog bites his leg; several other young men and a young woman attack the man and one threatens him with a gun and shoots into the pool.
► A 15-year-old boy is chased by three young men; they tackle him to the ground, punch and kick him, drag him and shove him into a van (we see him with duct tape on his mouth later).
► A man breaks down the door of a man's house with an ax, another man breaks a plate glass window by throwing a potted plant through it, and he and two other men rob the house while one of them defecates on the floor (we see the feces).
► Police with guns chase and surround a young man who tries to run away.
► In a rap music video we see several young men being shot in the back and blood spurts through their chests.
► A woman slaps a man across the face several times, and then squeezes his face while threatening him. A woman slaps a young man across the face. A young woman shoves a young man into a wall and they argue bitterly. Several people barge into a bathroom where a young woman is using the toilet, and one young man pulls her off the toilet and shoves her out the door.
► A man threatens to kill a young man and yells at him hysterically over the telephone. We hear that a woman tried to commit suicide three times.
► A 15-year-old boy knocks a young man down twice while showing him his martial arts skills.
► A man drives recklessly while under the influence, and drives onto and across a lawn and sidewalk (no one is injured). Two young men throw stones through a hotel room window.
► We see a woman in a psychiatric hospital.

MESSAGE - Power struggles usually end up with someone getting hurt. 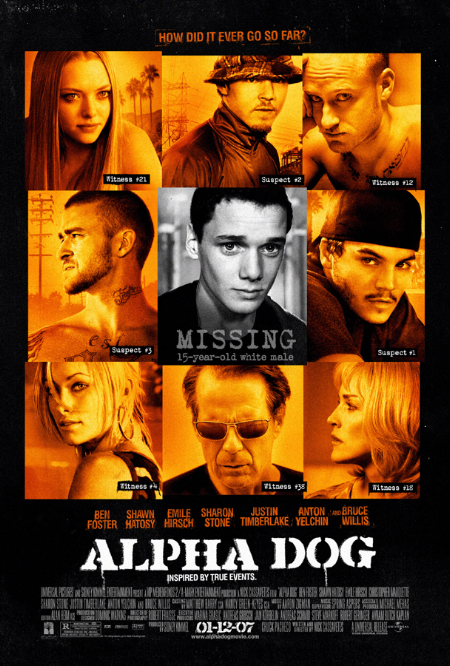