A female Alpha wolf and a male Alpha wolf are promised to each other by their fathers in order to unite their packs and make it easier for them to find food. The wolves in question have different ideas, and they fall in love with other wolves that are not Alphas but Omegas. Also with Justin Long, Hayden Panettiere, Christina Ricci, Danny Glover and Dennis Hopper. Directed by Anthony Bell & Ben Gluck. [1:28]

VIOLENCE/GORE 4 - A wolf lies motionless on the ground and other wolves howl loudly in mourning.
► A man loads a gun with a tranquilizer dart, shoots two wolves, they act groggy and collapse; the man says, "Bag 'em up." A man points a loaded gun at a wolf and pulls the trigger, the wolf urinates (we hear the trickle) and another wolf pounces on the man; the man shoots, as the wolves run away (neither is struck).
► A wolf has several bloody gashes on its back after an attack (we only hear about the attack).
► There are several scenes that show angry wolves snarling, baring their sharp teeth and snapping at each other.
► During a heavy thunderstorm, a wolf jumps a raging river and climbs a rock wall, slips, and nearly falls in the river; another wolf swings from a vine, the first wolf grabs onto its tail and they swing until the first wolf is thrown to safety. Several wolves surround two caribou that are spooked by other wolves and run toward them; the wolves chase the caribou but run back the other way when a stampede bears down on them. Several wolves are trapped in a caribou stampede, they take refuge behind a log, one wolf is kicked and falls to the ground motionless, and another wolf uses his body to protect a female wolf and he is kicked in the head a couple of times.
► A large bear snarls and roars loudly at a wolf and chases it, and the wolf is joined by another wolf and the bear is joined by two other bears; one bear slaps one wolf into a rock wall (he's OK), the wolves walk out onto a fallen tree trunk, the bear breaks it loose and they fall, slide down a snowy hill, leap off a ridge and land inside a moving train car, while the bear over shoots the train (we don't see what happens to the bear). Two wolves are caught in a stampede of caribou; they are grabbed by another wolf and find shelter behind a log.
► A goose hits a wolf in the head with a golf club and runs away, the wolf bites the goose's leg and the goose flies into the air dragging the wolf through trees, and into a rock in a body of water, before they crash to the ground together (they're OK). Four wolves sled down a steep hill in a tree trunk, it crashes into a rock throwing three of the wolves into the air and they land hard on the ground (they're OK). Four wolves sled down a hill on a tree trunk, they crash into a large boulder, they scatter in the air and fall in a pile on the ground (they yelp but are OK). A wolf falls off a rock ledge, clings to a tree, and then falls to the ground (he's OK). A goose hits a rock with a golf club, the rock bounces and ricochets, striking a woodpecker in a tree (it's OK) and parting the tines on the backs of three porcupines. A goose plays "golf" with rocks and hits them in the direction of two wolves that duck to avoid being struck. Two wolves jump off a high ledge and one lands badly, shakes it off and appears OK. A wolf practices leaping, slams into a tree, and gets stuck but manages to free itself). A wolf and a bear cub play with snow and the wolf hits the cub in the face with a snowball, causing it to cry.
► A female wolf tackles a male wolf and holds it paw against its throat while snarling. Two wolves wake up locked in metal crates and struggle to get out; one wolf says, "Maybe we're dead."
► There are a few scenes where a wolf becomes angry and yells out violent threats: After an attack on another wolf this wolf says, "We will rip off his tail and shove it down his throat"; another instance has the wolf saying, "If any wolf gets out of line, show those pretty teeth, go for the throat and don't let go until the body stops shaking"; and in another scene the wolf says, "Rip out your eyes and shove them down your throat so you can see my claws rip you open." There are several scenes that show wolves and packs of wolves threatening each other verbally: A few have a wolf saying, "We'll fight for the valley." A duck tells a porcupine, "Shut the hole that makes the words."
► Two squirrels yell when a wolf offers them to several other drooling wolves. Two squirrels yell when a wolf snatches berries out of their paws. A wolf squishes a fly under its paw (we hear a squish). Many flies circle a stripped backbone and ribs. Several small birds fall out of the sky and land on the ground with a peep (they are still alive).
► A duck manipulates a goose's neck (in a chiropractic sense) and we hear cracking and see it twisting in unnatural positions.
► A wolf says "I'm about to lose mine [lunch]," gags and then says, "I'll swallow it" and swallows hard (as if vomiting). While sledding down a steep hill in a log, a wolf catches a bug in its mouth then spits it out. A wolf in a metal crate asks another wolf, "Do you have water?" and the other wolf says, "No, it's definitely not water." A male wolf hops around saying that he has to urinate.
► A woman faints twice at a wedding (she's OK). 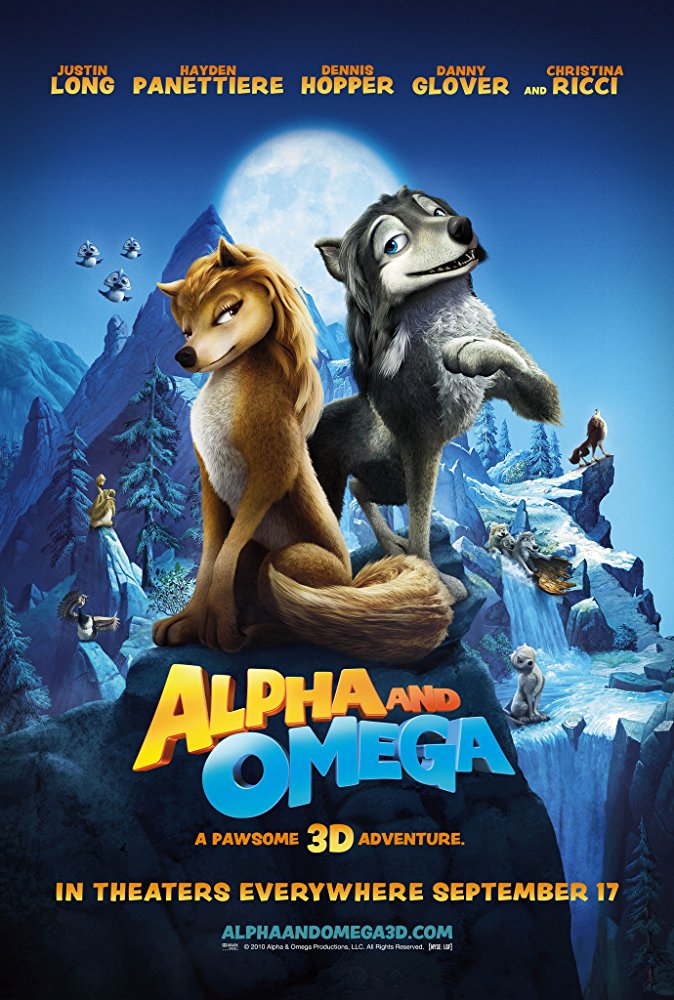