In 1942 a Canadian intelligence officer (Brad Pitt) falls in love with and marries a French Resistance fighter (Marion Cotillard). He then learns that his wife may be a covert agent for the Axis Powers and he must execute her. Unconvinced, he begins his own high risk investigation. Also with Lizzy Caplan, Jared Harris and Matthew Goode. Directed by Robert Zemeckis. Many lines of dialogue are in French with English subtitles and a few lines of dialogue in French and German are not translated. [1:57]

SEX/NUDITY 6 - A clothed man and a woman kiss while lying on a bed and he lies on top of her as she opens her legs, he removes his shirt and lies between her knees; we see his bare back as he thrusts a few times and the scene ends. A woman climbs on top of a man as he answers the bedside phone while lying on the bed; after the call, he flips her over and we see his bare buttocks, he thrusts several times, she gasps and the bed creaks loudly as the scene ends. A man and a woman kiss in a car and she sighs; she straddles him in the front seat, they kiss and open her blouse (showing cleavage) and his shirt as they lie down with the man on top, we see his bare back as he begins to thrust and the scene ends. A clothed man and a woman lie in a field with the woman on top of the man as they kiss and apparently have sex with a rocking motion; we see one of her thighs partially bare above a garter belt strap.
► A man and a woman kiss on a staircase at a house party while a man and a woman kiss outside a closet door; another man opens the closet and a woman backs out with her blouse open to expose bare breasts and she and a clothed man from the closet rush off-screen. We see a woman in a mirror from the waist up with her back to the camera as she drops a long nightgown to the floor and we see her bare back, upper buttocks and the side of one breast. A woman wears a long gown and robe in several scenes, exposing cleavage. A woman wears a long slip that bares partial shoulders and cleavage in a couple of scenes. A pregnant woman has a slightly swollen belly and we see her give birth several months later (please see the Violence/Gore category for more details). A woman at a home dinner table unbuttons her blouse twice to expose a little cleavage and a man posing as her husband asks her what she is doing; she replies, "I'm just checking to see if your "sex catch" is engaged."
► A man and a woman kiss for a few seconds on a rooftop at a formal party and at a house party. A man and a woman kiss briefly at a restaurant table. Two women kiss at a house party; we also see them hugging in a pub, and then see them living together as a couple. A man kisses his sister on the cheek.
► A man tells a woman that other men are looking at her jealously in a nightclub; she says that it is because they know she is in love with him. A wife suggests to her husband that he has a mistress, but he denies it. A woman tells a man that men from Casablanca sleep on the roof after having sex with their wives.

LANGUAGE 6 - About 16 F-words and its derivatives, 1 scatological term, 11 mild obscenities, name-calling (fool, insane, absurd, stupid, Krauts), exclamations (for goodness sakes), 2 religious profanities (GD), 4 religious exclamations (Oh My God, For Christ's Sake, Everything Is In God's Hands, This Is Really Me As I Am Before God).

SUBSTANCE USE - A man in a washroom gives a pilot a bottle of pills for air sickness and the second man takes the bottle and says he will take barbiturates when he returns from an air mission, and a man at a party snorts white powder with a straw. Many men and women hold glasses of champagne and cocktails in a couple of nightclub scenes while tables are seen with champagne bottles and liquor bottles on them, a man sips from a glass of whiskey in a club scene, a man and a woman in a pub sip from glasses of brandy and we see a row of liquor bottles on a short back bar, a man drinks brandy on a rooftop, many men and women at a house party drink from glasses of mixed drinks and whiskey as well as bottles of beer while one man drinks from a whiskey bottle as one man talks very loudly and a woman tells another man that he is too drunk, a man in a jail drinks from a small bottle of alcohol, people at a dinner party hold a bottle of wine and glasses of wine (no one drinks), a man says that he will pick up a case of whiskey at an air field, and a man tells a soldier to get a case of whiskey and keep a bottle for himself (we never see the case or bottles). Many men and women smoke cigarettes in a smoky night club in two scenes, men and women in a pub smoke cigarettes and a man smokes a pipe there and later in a house, a house party shows many men and women smoking cigarettes, a woman smokes a cigarette in a car, a man and a woman share a cigarette in a restaurant and on a rooftop, a man smokes in two offices and we see an ashtray filled with cigarette butts on each desk, a woman's office desk has an ashtray with a smoking cigarette and the smoke wafts to the ceiling, several men including patients with head bandages smoke cigarettes in a smoky dining room in a clinic, and a soldier knocks on a jailhouse door and demands cigarettes.

MESSAGE - The intelligence community suffered many losses during WWII. 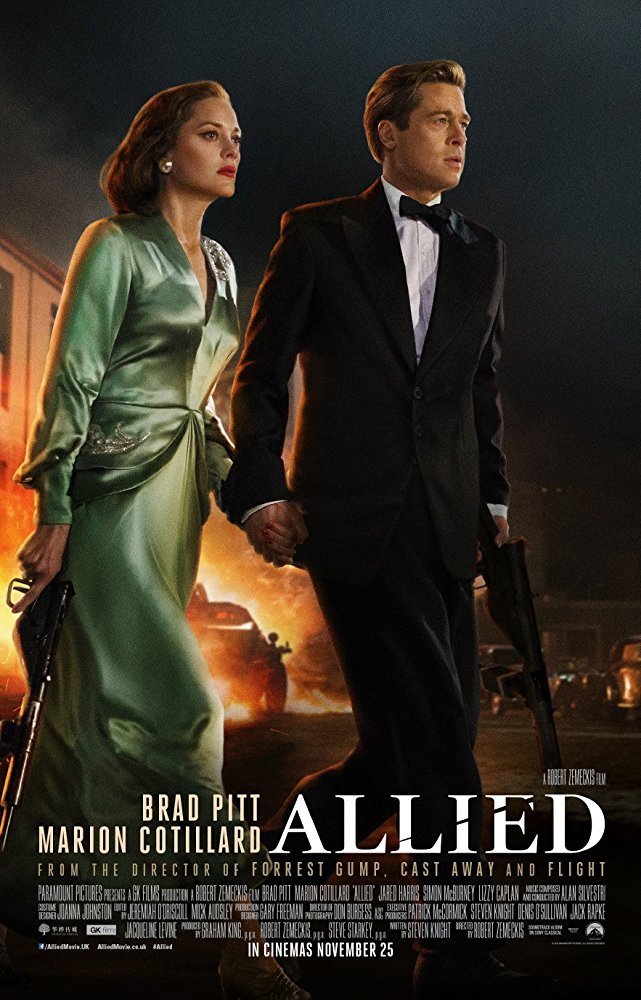