A detective and police psychologist (Tyler Perry) learns that a serial killer (Matthew Fox) is on the loose and has killed one of the detective's own family members. The killer is particularly hard to catch since he is an ex-black-ops expert that can predict every step of the police and the detective becomes obsessed with the hunt. Also with Edward Burns, Rachel Nichols, Jean Reno and Cicely Tyson. Directed by Rob Cohen. [1:51]

SEX/NUDITY 5 - A woman's bare back and long hair is shown bouncing up and down and we hear gasping; the camera moves to show her bare shoulders and then focuses on a man's bare shoulders and chest, as they gasp and bounce, apparently having sex until they are interrupted by a phone call and the woman kisses the man goodbye as he leaves for work (we see her bare thighs below a long T-shirt).
► A woman takes a man home with her, indicates that a statue by her bed depicts the "god of war" and says that the war should begin and it is presumably a sexual suggestion, but the couple does not have sex (please see the Violence/Gore category for more details); upstairs, the woman removes her dress in a bedroom to reveal stockings, a garter belt and a lacy, legless, sleeveless body suit cut deeply in front but revealing little cleavage, and we then see the man remove the woman's stockings and use them to tie her hands to the headboard as she says, "I like it" three times (no sex occurs).
► A husband and his wife are shown asleep in bed; the man arises to answer a phone and we see his bare chest. In an MMA match, we see fighters wearing only trunks (bare chests, abdomens and backs are shown); two women wearing skimpy bikinis stand at ringside to announce rounds and we see cleavage, partial buttocks and thighs. Several women wear short skirts that reveal partial bare thighs with blouses that reveal arms and cleavage.
► A husband says to his wife, "I didn't get you pregnant by talking" and kisses her. A man tells a female police detective that she is very sexy and she makes a disgusted face at him and moves away. We see a sonogram and hear that a married woman is 8 weeks pregnant.

VIOLENCE/GORE 7 - A man injects a paralytic into the neck of two different women that keeps them awake (in two scenes), he places wire cutters on the first woman's thumb as she is tied to a bed (please see the Sex/Nudity category for more details), he demands her laptop password and the scene ends; later, we see a bowl containing all of her thumb and fingertips and a detective uses one of the thumbs to open a safe by thumbprint and we see the second woman post-injection in a cell phone image with her face bloody and scratched and we hear that she is dead.
► A man with a high-powered rifle shoots a woman out of her chair in a restaurant across the street (we hear the blast and see her thrown backwards from her chair in close-up). In a monorail car, a man pulls a handgun and shoots three other men in the legs; they fall, screaming and pleading not to be shot again, and he shoots again presumably killing them all.
► A man fires a rocket launcher from a monorail car and blows up the front of a large city building, demolishing the front of the building in smoke and tall flames and sending police SUVs, cruisers, and a SWAT vehicle speeding to the scene; we see a uniformed police officer roll over an SUV and toward the audience, fully engulfed in large flames as police, SWAT members and civilians shout and fall to the ground (we see no blood).
► A detective chases a killer through a parking garage and up into the rafters, where they fight: they punch and kick each other, they use lead pipes and catwalk railings, they shout and groan when struck, one man pounds the other man's head on a railing many times and together they fall to lower catwalk levels and finally through a floor, where one man holds onto a rebar to avoid falling many feet to the ground; one man holds onto the other man's leg and dangles, but finally falls onto the top of a parked car, crashing through the windshield and hood (he dies with his eyes open and a bloody face and the other man is shown with some blood on his face and shoulders).
► Guards and three detectives carry rifles and handguns in search of a killer in an office building: gunfire is exchanged and one man receives a large wound to his shoulder (we see the bloody wound), he shoots and kills half a dozen others and we see some blood; several men and a woman receive facial scratches and bloody cheeks and chins, glass doors and walls shatter after several small explosions and we see a man thrown off-screen in a blast (we see minor facial and arm scrapes and we later see a bandage on his arm). Throughout the film, two police detectives chase a killer through dark sewers, abandoned buildings and streets on foot and in vehicles; several scenes involve exchanges of gunfire with a lot of smoke and some flames spewed by weapons that cause several men to be injured and show a moderate amount of blood each time.
► Two detectives break into a drug maker's apartment, beat him up, hit him with a golf club, bloody his face, head, and arms for information (he groans loudly as the detectives leave). A man enters a warehouse-type building for a Mixed Martial Arts cage fight and in the ring he pounds another man into submission (we see a lot of blood); the fighter calls himself "The Butcher of Sligo."
► We see several men and women lying dead at crime scenes; some bodies have their eyes open and some have their eyes closed, with trails of blood leading to them and blood covering their heads and faces. We see photos on cell phones and a police bulletin board of the bloody, scratched faces of male and female corpses at crime scenes. We see a woman with a very bloody face as she is pulled onto a gurney from a building and placed into an ambulance.
► A police detective saws off a shotgun and gathers other weapons, meets his partner and they break into police HQ, tie up a guard and steal a handgun from the evidence room; we hear and see gunfire and see the guard sitting duct taped into a chair and gagged.
► A detective calls a drug lord on a cell phone and speaks with him as a group of military police with guns drawn arrest him; we hear that the drug lord will be executed by firing squad.
► A killer states to his victims and police that he is fascinated with pain and with causing pain; later, he says that inflicting pain is his calling. An argument occurs between a man and a police detective. A few arguments occur between a married couple, a man and his elderly mother, a man and a male teen, a young girl and her dad and several police officers.
► We see a man receive three million dollars via his cell phone for an assassination to be completed. Two men sit in a church and cry about their murdered loved ones. At a funeral, we see men and a little girl cry.
► A man in his apartment removes his tank top and we see his bared chest and arms, partially covered with sloppy and unfinished tattoos as he pours a bottle of alcohol over his wounded shoulder and he groans with pain. We see scenes of a man's vision blurring into tilting, unrecognizable, blurred images that apparently suggest mental illness.

SUBSTANCE USE - A glowing green substance called TXH is injected into several people and they become paralyzed but remain awake and aware, and we see a trunk full of white powder that a man says is cocaine and we hear that a woman is an addict. A man and a woman drink wine, a man and a woman drink shots of liquor, at dining tables in a restaurant we see men and women drinking mixed drinks and liquor, a long bar in a home is stocked with many bottles of liquor, and a large bottle of cognac is shown on a side table. 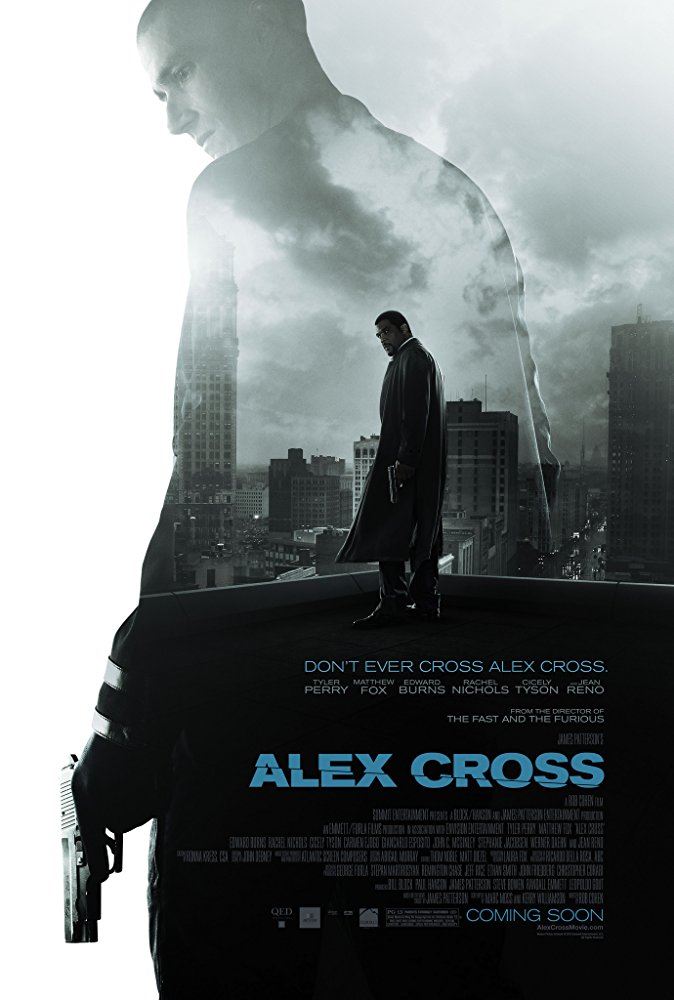