A man (Domhnall Gleeson) finds that he can time travel after his dad (Bill Nighy) tells him that the men in the family have always been time travelers. He decides to improve his life by going back in time and making changes, and while in the present he’s found his true love (Rachel McAdams), a time travel accident means that he has never actually met her. Also with Tom Hollander and Margot Robbie. Directed by Richard Curtis. [2:03]


VIOLENCE/GORE 4 – A woman does not show up at a family party; her boyfriend arrives to say that after having a fight with him, she drank too much and began driving (please see the Substance Use category for more details); we see her vehicle broadside another car at an intersection and spin around as her windows shatter loudly; the camera cuts to her hospital room, where she is in bed, with many dark cuts all over her face and her brother attempts to time travel to prevent the accident, but causes other unwanted events, so he goes back to allow the accident to occur and we see her car spin again and hear the glass break again; we see the woman in the same hospital room, injured and with family members sitting by her side and refusing to leave until she tells them how she will change her life.
► We hear that a woman’s boyfriend takes all her possessions and money and sometimes is physically rough with her; her brother takes her back in time, where she confronts the abuser at a party where they met and she beats him up, while some people applaud (we don’t see the injuries and he is off screen, receiving punches and kicks).
► A temperamental playwright screams loudly twice, once when he forgets an idea and another time when he cuts his finger; he wraps it with a cloth but we see no blood. A writer tells a man renting a room that he will kill him if he makes a sound while he is writing.
► An outdoor wedding party is disrupted by high winds and heavy rains; the party tents crash down, sending torrents of water over the guests (no one is injured) and tables overturn throwing food to the ground.
► A woman says that she needs to stop drinking and to start dating someone nice and boring (rather than abusive). A man time travels to say goodbye to someone he loves.
► A strange London restaurant includes a downstairs dining room plunged in complete darkness; two couples meet at a table there and attempt to eat when one woman calls out that a man put a spoon of food into her eye; he apologizes and she is not hurt.
► A man learns from his father that he can time travel and his father tells him that he can only travel backwards and only within his own lifetime saying, “I can’t go back and kill Hitler.” We hear that a man has only a few weeks left to live, because he has end stage cancer that is too late to treat and his wife says that she is not interested in a life without her husband; we see a short funeral procession with a coffin in the back of a vehicle driving along a winding road.

SUBSTANCE USE – A man sits at an outdoor lunch table with a glass of beer and a glass of wine, glasses of wine are shown on a dinner table (no one drinks), a home kitchen counter contains two bottles of wine and some bottles of beer, we see dozens of glasses of wine sitting on a counter and men and women drinking beer from bottles and cocktails at two parties, two women with drinks in their hands trip over the feet of a man sitting on a couch and fall into his lap (no injuries), the lobby of a restaurant features several bottles of liquor and wine on a tall shelving unit, a wall of a restaurant is filled with beer taps of different brands, glasses of wine are shown in front of a couple at a restaurant (they do not drink), a man stands in a living room holding a magnum of champagne (he does not open it), two men carry bottles of wine into a party and do not open them, a wedding party tent includes several tables full of champagne-filled glasses and bottles of champagne (men and women drink as they eat), and we hear that a woman drank too much and see her become involved in a car accident that cuts her face in several places (please see the Violence/Gore category for more details).

MESSAGE – Live each day as if it is the one you specifically chose to live. 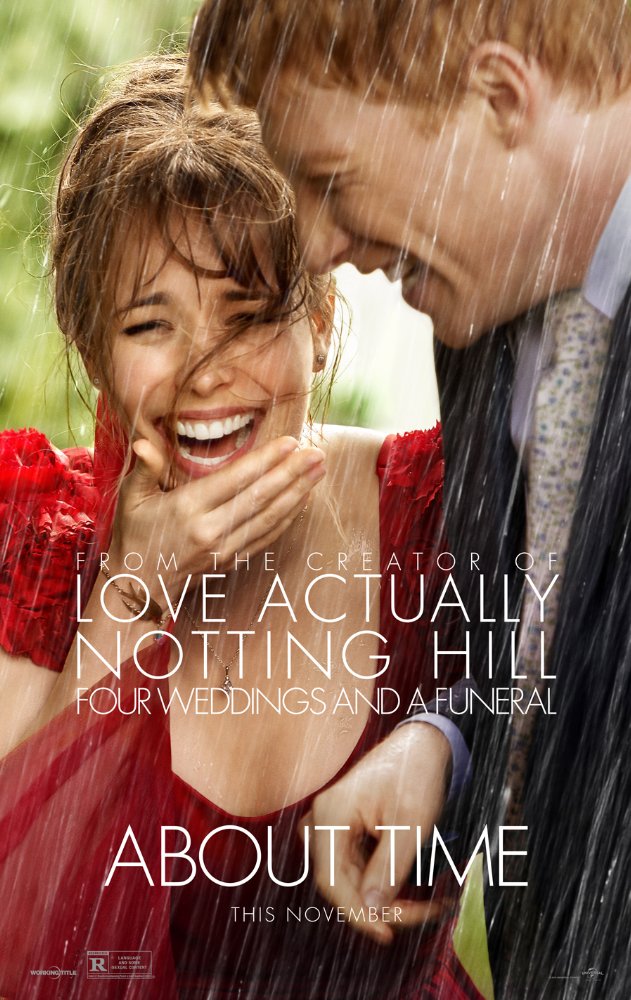