After Madea (Tyler Perry) catches three kids trying to break into her house, she sets out to take them back to the only family they have, their wayward aunt (Taraji P. Henson), who at first wants nothing to do with the children. However, she changes her mind with a little influence from a helpful handyman (Adam Rodriguez) and the positive influence of the local church. Also with Brian J. White, Hope Olaide Wilson, Mary J. Blige, Gladys Knight, Marvin Winans, Frederick Siglar, Kwesi Boakye and Randall Taylor. Directed by Tyler Perry. [1:53]

SEX/NUDITY 5 - A man grabs a teen girl's arm, leads her into another room, corners the girl against a counter and attempts to push himself on top of her, pushing at her clothing and trying to kiss her while she screams and tries to push him away; the man says that he will provide "All the drugs she might want" and that the girl "Is getting what she wanted," and then he is violently interrupted.
► A shirtless man and a woman kiss passionately. A man and woman kiss passionately and the man wraps his arms around the woman. A man and woman share a passionate kiss, and the man pulls her closer to him.
► A man menaces a girl in her early teens, making a crude sexual reference and offering the girl a chocolate bar while looking at her a sexual manner; the girl ignores his advances. A man accuses a girl of "tempting" him, and tells a woman and a man that the young girl had offered to have sex with him for money. A teen girl accuses a man of attempted rape. A woman recalls molestation when she was young (she does not go into any details), when talking about an attempted rape on a teen girl. A girl thanks a woman for believing her accusations of a man attempting to rape her and the woman tells the girl that she had experienced molestation. A woman yells at a man and accuses a man of being a pedophile and a child molester, being interested in a girl, or young boys.
► A woman wears a tight, form-fitting outfit, exposing cleavage while performing on stage. A crowded nightclub features women wearing form-fitting, short, and low cut dresses. A woman wearing a tank top and short shorts answers the door and the man at the door looks at her in shock. A woman is shown wearing a short, form-fitting dress, a woman wears a cleavage-exposing top, and a woman wears pants that are very tight and form-fitting and clearly define her buttocks. A woman wears a short, form-fitting dress with a large keyhole exposing her lower back. A woman wears a man's shirt (her upper thigh is exposed).
► A woman, performing on stage while wearing a short dress with a low-cut front, dances suggestively before a crowded room by thrusting her hips toward a microphone stand.
► A woman crawls into bed with a shirtless man and wraps her arms around him; the man pushes the woman away. A woman, lying in bed, jokes with a shirtless man about his wife and kisses his arm and shoulder; the man then stands up. A woman lies in bed next to a shirtless man.
► A woman kisses a man on the cheek. A man kisses a woman's cheek. A man holds a woman in his arms to comfort her. A woman and man hold hands and smile at one another.
► A man tells a woman that his wife is pregnant and asks her if she is, she says she is not, and attempts to kiss him. A man jokes that he does not "make love" to his "buddies" after a woman asks him if he feels friendly love or sexual love for her. During a verbal disagreement, a woman accuses another woman of having an affair with a married man. A woman and a man discuss whether the woman loves another man and responds that she is unsure, but she keeps him around because he pays the bills. A man jokes that love is "being too tired to go to work in the morning." A man opens a door and tells another man that there is "nothing to be found in this bedroom" (referring to the woman inside). An elderly man jokes to three children that their grandmother had a job as a sex worker, since only sex workers are gone for days at a time while they are "working."
► A woman, covered with a sheet, is in bed watching as a shirtless man zips up his pants and swings open a bathroom door; we then hear a flushing toilet.

SUBSTANCE USE - A man mumbles in his sleep "roll this joint up," a woman asks a young boy if his caretaker is "on the stuff," a teen girl is accused of stealing needles to use for drugs (we find out later that they were for administering diabetic insulin), a teen girl tells a woman that a lot of terrible things can happen to a child if his/her mother did drugs while she was pregnant. In a room there are alcoholic beverages, ashtrays and cigarettes, a room is shown littered with empty alcohol bottles, cigarette packs, and ashtrays full of smoked cigarettes, a woman holds a glass of a presumably alcoholic beverage while performing in front of a crowd and sitting a pack of cigarettes and an ashtray is by her side, an inebriated woman stumbles in front of a car, a woman takes a swig from a presumably alcoholic drink and hiccups, a nightclub emcee tells a crowded nightclub, "The more you drink the better I look and the better your date looks," a woman tells a female bartender that if she "really loves her" that she would pour her another drink and the bartender disagrees, so the woman shoves a bottle of alcohol into her purse, and a waitress orders drinks for a table at a bar. A woman lights and smokes a cigarette in front of three children after being asked not to smoke since one of the children had asthma, a woman smokes a cigarette while sitting at a bar with a bottle of alcohol and empty glasses, a woman lights and smokes a cigarette in a nightclub, a woman lights and smokes a cigarette in several scenes, a man lights and smokes a cigarette in several scenes and a man accuses a woman of smoking and drinking too much.

MESSAGE - Sometimes the unexpected and unwanted, bring about the greatest gift. 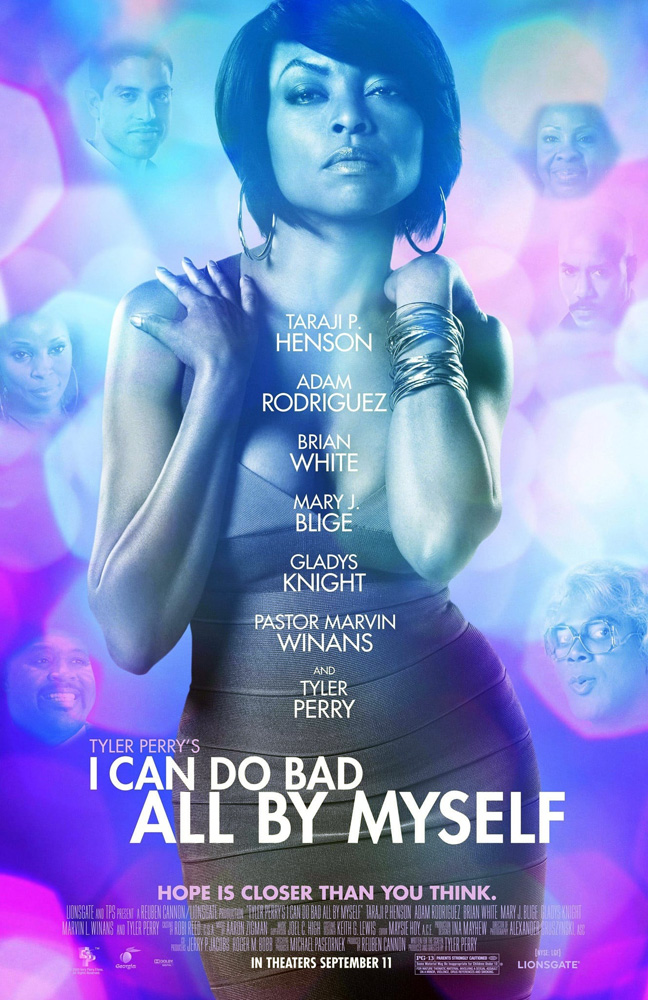