SEX/NUDITY 5 - Lots of sexual innuendo and several kisses (one is passionate, and we see a few couples kissing passionately in the background of a scene). A shirtless boy lays a banana between a girl's buttock, pours chocolate syrup, whipped cream and cherries on her back and then licks it off (we see the girl's bare back and most of her bare buttocks); they also kiss passionately. In daydream sequences, scantily clad women pull a boy onto a bed (he gets up after a few seconds), rub him and dance around him; also, a boy lies on top of a girl (the scene ends, but we do hear them moaning and obviously having intercourse for a few seconds afterwards) and a girl starts bending down in front of a boy, presumably to perform fellatio, but he tells her to wait until later. In a daydream, a woman opens her bikini top and reveals her bare breasts to a boy; we then see him licking two sunny-side up eggs (as if they were her breasts). A boy wiggles his tongue suggestively at a girl and a boy thrusts his hips on a bed and at a girl. A boy playfully slaps a girl's buttocks while they're dancing, a boy's face hits a woman's clothed buttocks and a boy puts his hands on two women's scantily clad buttocks. A boy asks another for a condom and we see a worn condom wrapper and briefly a box of condoms. A video camera focuses on a clothed woman's breasts and crotch. A girl's buttocks are visible through a sheer, short nightgown. Lots of scantily clad women in bikinis, short skirts and cleavage- and midriff-revealing tops. A boy is forced to kiss a statue of bare buttocks.

VIOLENCE/GORE 5 - In a dream sequence, a boy is hit with a chair and shot repeatedly but he's not injured (he spits bullets from his mouth and blows one out of his nose); he then breaks a boy's neck, pulls a leg brace off a boy and beats him with it, shoves a rib into a man's head (we see a little barbecue sauce on his head and the rib) and throws him onto a grill (we hear him sizzle a bit). In another dream sequence, a boy shoots lots of people during a battle (no blood is seen) and then his arm is severed by a bomb (we see his arm hanging on a rope and hear him fall to the ground). A bound and gagged man is lifted by a crane; later, tape is ripped from his mouth and he's cut loose. A boy headbutts, punches and throws another and it's implied a group of girls punch and scratch a boy behind a closed door. A boy lifts another up and is then kicked in the crotch. Some shoves and a few punches. A boy is pushed out of bed and a woman slaps the side of a boy's head. We briefly see a boy playing a video game that shows men punching each other and blood spurting from wounds. One scene of threatening with guns and a knife. A boy in boxers is chased by another boy. A girl is shoved into a plate of cake and gets frosting on her dress.

MESSAGE - A relationship can't be based on deception; everyone has to grow up and face reality sometime. 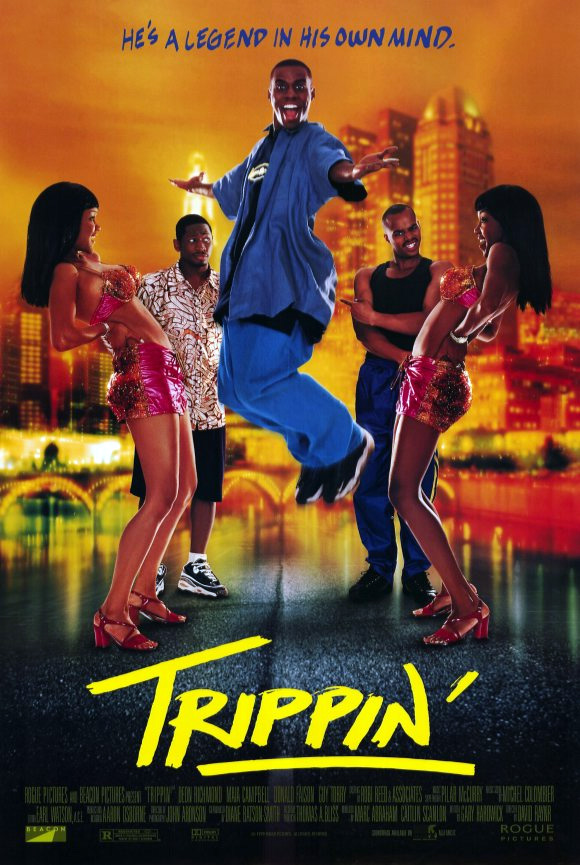