A single father (Matthias Schoenaerts) leaves his home and moves in with his sister and her husband, to provide a new life for his son. Lacking as a father, he grows close to a killer whale trainer (Marion Cotillard) after a tragic accident. Also with Armand Verdure and Celine Sallette. Directed by Jacques Audiard. In French with English subtitles. [2:00]

SEX/NUDITY 8 - We see a man, post-coital, asleep in bed and we then see the man lift up a woman (a double leg amputee) from the ground (the man's genitals are visible) and carry her and place her on the toilet (please see the Violence/Gore category for more details); the woman's genital area is visible while on the toilet and we then see the woman fully nude (the side of her bare breasts and the profile of her bare buttocks are visible) on top of the man when the man asks the woman if she would like to have sex again and the woman agrees and sex is implied (we hear sexual moaning). A woman undresses and climbs into bed (no nudity is visible) as she calls for a man, who takes off his shirt and pants and they kiss; the man grabs the woman's thighs (she is a double leg amputee) and they have sex; we hear the man and woman panting sexually and see the man's bare buttocks above the woman as he thrusts. A man and a woman have sex while standing up in a hallway and the woman moans sexually while the man is seen thrusting (we briefly see the woman's bare breasts); the man hushes the woman's moans, but she kisses his face as a phone call momentarily distracts him. We see a man and a woman having sex (no nudity is visible) with the man thrusting above the woman and we hear them panting. We see a woman on top of a man when the man grabs the woman's thighs (she is a double leg amputee) and they moan sexually (no nudity is visible). We see a man and a woman having sex with both actively thrusting; they both pant sexually and we see the woman's bare breasts as they continue to have sex, despite being interrupted by the man taking a phone call.
► A woman sunbathes topless and a man looks at the woman's bare breasts. A woman pulls off her pants (we see her underwear) and a man lowers her into the ocean (her shirt clings to her chest and we see the outline of her breasts); the woman then pulls off her shirt and we see her bare breasts under the water. We see a woman pull on a wetsuit over a full-coverage bikini top. We see a young boy have his clothing pulled off by his father (his bare back and chest are visible), before the man sprays him with water. We see a shirtless man on multiple occasions, including as he swims at the beach. Men are seen shirtless as they box and practice boxing.
► A man leans in to kiss a woman and the woman pulls away. Men and women dance together at a club and some women lift their skirts slightly as they dance. A man watches a classroom of women practice aerobics.
► A man crudely asks a woman if she would like to have sex. A woman crudely asks a man if he regularly has sex with "friends." A woman asks a man if he picks up women just to have sex with them and the man implies that he is in a sexually active relationship; the man then asks the woman if she has had many sexual relationships and the woman tells him that she had only been with a few men. A man asks a woman if she comes to a club to pick up men or to dance, and he then tells the woman that he thinks she dresses like a prostitute.

SUBSTANCE USE - A man tells his sister that a mutual friend smuggled drugs into a country, and a man asks another man in an interview if he drinks or smokes or does drugs and the man denies doing any of them. We see men and women with drinks in their hands at a dance club and one woman drinks rapidly. A man rolls a cigarette and smokes it and we see the man smoking on two other occasions, and a woman smokes a cigarette.

MESSAGE - Life changing injuries and accidents can impact everyone around you. 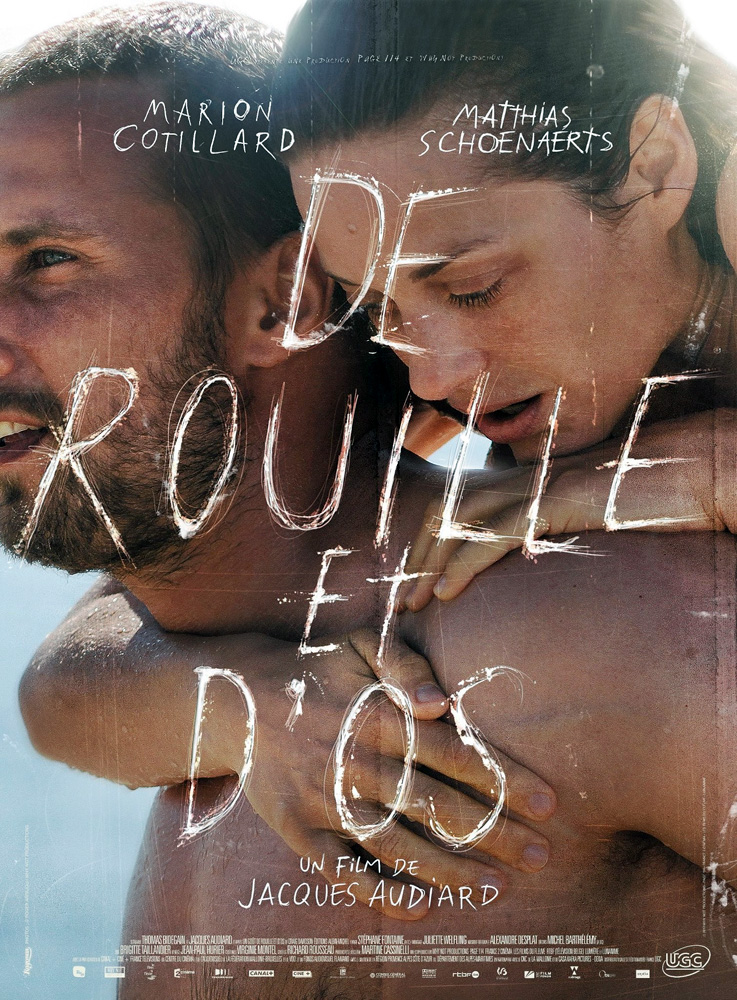