Based on a Maziar Bahari's memoir "Then They Came for Me": the film follows a Tehran-born broadcast journalist (Gael García Bernal) as he interviews the candidate opposing Iranian President Mahmoud Ahmadinejad's 2009 re-election bid. As opposition supporters riot in the streets, the journalist sends video footage of their action to the BBC and suffers imprisonment and torture for four months by a man known only as "Rosewater." Also with Kim Bodnia, Dimitri Leonidas, Shohreh Aghdashloo, Clare Foy, Jason Jones and Haluk Bilginer. Directed by Jon Stewart. Several scenes include dialogue in Persian with English subtitles. [1:43]

SEX/NUDITY 3 - An older man asks a prisoner many questions about sex: he asks why the prisoner has so many phone numbers for women, does his wife know he is cheating, how many times does he have sex with each girlfriend, etc.; the prisoner finally tells the man that he travels often to the places of those phone numbers in order to receive "special massages," that he is addicted to those massages and in each place, beautiful young women line up inside the front door and at least one leads you to a room with a bed for special massages; he denies that any of the massages are homosexual and says that the best service is the Persian Massage in which three women massage by squeezing and releasing [the penis] and that in New Jersey, it is all a massage playground of international proportions and diversity, that New Jersey is totally about massages now and no military activity and he says that there is so much sexual pleasure that people die from it.
► A journalist in Iran undergoes questioning by investigators who accuse him a dozen times of owning illegal "porno" and "Jewish porno" (a "The Sopranos" video and a magazine cover showing a woman's bare back and lower side are shown). On a street with rundown buildings one man jokingly tells another man that the buildings will be repaired when the second man "gets laid" (implying never). A TV comedian jokes that heroes of Iran receive 72 virgins in heaven, but the women do not stay virgins for long.
► A man lies in bed shirtless and wearing knee-length shorts (we see his bare chest, shoulders, arms and back). A shirtless man is shown on a sidewalk and we see his bare chest, shoulders, arms and back.

VIOLENCE/GORE 5 - A street demonstration features hundreds of men and women, dancing, playing drums, and chanting in favor of free elections and peace and a street demonstration becomes louder, protesting what the crowd thinks is a rigged election while we see smoke in the distance; a close-up reveals a smaller, louder protest at a military HQ where cars are burning with flames and smoke when a man jumps the HQ fence and a soldier on the roof shoots and kills him; from off-screen, we hear the sounds of several automatic rifles shooting into the unarmed crowd as men and women run away, and we see a dead woman and a dead man in close up with staring eyes and their thighs and knees are partially covered with blood.
► A religious leader broadcasts on TV that anyone taking to the streets to protest the government will be held accountable and the camera cuts to scenes of men and women being dragged away by soldiers with some being beaten with clubs in a long shot. Iranian soldiers roughly lead a man in handcuffs and into a car.
► A prisoner in Iran is taken from his cell daily during 118 days of confinement into an interrogation room containing a desk, a teapot and an extra chair where he remains seated and blindfolded in a chair facing a wall at all times during his hours of daily interrogation; the interrogator gives him small bits of food, whispers in his ears, rubs his neck, grabs him suddenly by the shoulder, shouts at him, and pushes him out of the chair, accusing him of being a spy for America, the Zionists, the CIA, Russia and any enemy of Iran and Islam. An interrogator tells a prisoner that the bosses want him dead then drags him, still blindfolded, out of the chair by a wrist and into an outdoor pen where he cocks a handgun and fires it (it is not loaded) causing the prisoner to cry and gag (he does not vomit) and he needs help walking back to the interrogation room. An interrogator forces a prisoner to call his mother and when there is no answer, he wonders what the government leaders have done with her; he is told that his mother, wife, and unborn child will never see him again. An interrogator spits at the side of a prisoner's head and we see a fine spray as the victim turns away quickly; the older man grabs the victim by the hair and then lets him go. An interrogator pounds a prisoner into a wall and chokes him slightly, then releases him. A prisoner is forced to apologize to the Iranian people and the Supreme Leader on TV and his mother cries when she sees the broadcast. An interrogator forces a blindfolded prisoner to lie face down and receive 10 strong punches to the shoulders and back, leaving the victim gasping for air. An interrogator tells a prisoner to be a man and tell his wife to stop talking against the Iranian government, but the prisoner calls her, begins to laugh at his captor and keeps laughing.
► A man remains in solitary confinement in an Iranian prison for 118 days; we see his small cell containing only two prayer rugs on the floor, he is not permitted books or anything else to occupy himself and after a few days he hallucinates seeing his deceased father who died in this prison; the ghost of his father argues with him, paces loudly, curses and gives the man advice; the man also sees his dead sister sitting in a folding chair in a corner of his cell in one scene and he cries. A prisoner imagines breaking his eyeglasses and slitting a wrist (we see no blood and he does not follow through with the idea). At a prison, a man is shown wearing a blindfold any time he is not in his solitary confinement cell and after two month's of confinement he is permitted into a small outdoor room with tall walls topped with barbed wire a few times. Several political prisoners in an Iranian jail have red, raw patches on their faces, plus scabs that indicate beatings.
► A woman watches TV in bed and we hear a gunshot off screen, followed by a character yelling, "You killed my ... (indistinguishable)!" A flashback shows a man behind a prison gate taunting a child, "You gonna kill me, boy?" and the child shouts back in anger. A man is released from an Iranian prison and he and his mother cry when they meet. TV and Internet broadcasts in a montage report that a reporter is being held in Iran and receiving inhumane treatment. An interrogator tells a prisoner being readied for release that he did not torture the victim, but his own father (the interrogator's) suffered real torture in the prison to the extent that he could never work again.
► We hear that a journalist's father and sister had suffered imprisonment for at least six months under the Shah of Iran and Ayatollah Khomeini, respectively, for being communists and that they are both dead.
► On a rooftop, soldiers use crowbars to smash a dozen satellite TV dishes while a young boy hides and films them on a cell phone. City streets in an Iranian city feature military murals of soldiers and rifles on exterior walls.

SUBSTANCE USE - Three men smoke opium cigarettes on a street corner while a man in the foreground says that the corrupt Iranian government pays them relief money to smoke opium, and a woman sits beside a table holding a larger bottle of Acidophilus tablets and swallows one with water. A man hides a decanter of whiskey in his bedroom, a man drinks a glass of liquor form a decanter, men drink a clear liquor, a woman drinks a clear liquor in another scene on an airliner, and a congregation at a mosque is sprinkled with rosewater. A man smokes a cigarette in two outdoor scenes on a street beside a house. 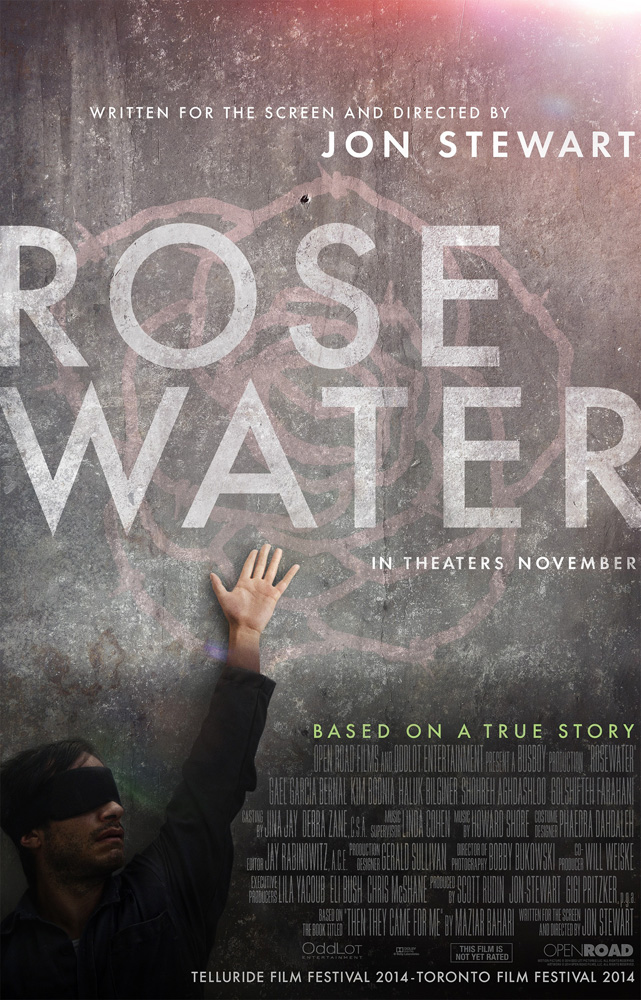