In this sequel a rookie police officer (Iko Uwais) goes undercover to take down a major Indonesian crime syndicate and a group of corrupt police and politicians. If he is unsuccessful, his wife and baby boy will die. Also with Alex Abbad, Julie Estelle, Tio Pakusadewo, Arifin Putra, Oka Antara, Cecep A. Rahman, Ryuhei Matsuda, Kenichi Endo and Kazuki Kitamura. Directed by Gareth Evans. In Chinese languages with English subtitles. [2:28]

SEX/NUDITY 6 - A pornographer has a warehouse set up with a curtained-off corner and a movie camera: scattered around, men and women at computers copy something indistinguishable and place DVDs into plastic cases featuring silhouettes of two people standing face-front, side-by-side (the gender unclear); a nude woman wearing only a black strapped-on erect leather phallus as long as her arm comes out from behind the curtained area and walks across the room, we see the bared buttocks and chest (it looks flat) of a person of indistinct gender on all fours inside the curtained area, the first woman walks back behind the curtain and her silhouette thrusts the phallus between the legs of the other person who is still on hands and knees (the phallus rubbing against the stomach of the person) as the movie camera points at the woman's bare backside.
► At a club, several women wear corsets, panties and garter belts that reveal cleavage and dance without moving much on stage. Two prostitutes wear sleeveless dresses ending mid-thigh that reveal their legs to the thigh and their V-necklines reveal cleavage. Several scenes feature men wearing sleeveless undershirts and knee-length boxers, or boxers only. A man strips to his black biking shorts, the camera pans back and the man pulls the shorts down, below the frame; we see his bare back and chest.
► A man tells a male employee to get the first man's son a girl to "[F-word deleted] problems out of his mind." A man says that he does not want to go to prison and fear a broom shoved up his anus every morning. A man says that white guys drink beer that is cheaper than the women (using a crude sexual term) and they pay for sex in the toilets (please see the Substance Use category for more details).

SUBSTANCE USE - A man swallows a tablet after pouring disinfectant on a wound (pain pill is implied). A gloved hand removes a bottle of wine from a bar top and the camera cuts to two men at a table where they are drinking glasses of wine with the bottle on the table, two men drink wine and another is shown with an empty wine glass in a bar, a woman with a glass of wine sits at a café (she does not drink from her glass), many mixed cocktails are shown on tables in a crowded club and a few men and women drink wine and liquor, two men stand near a bar and hold oversized beer bottles (they are not shown drinking), a restaurant wine rack falls to the floor and the bottles shatter, hundreds of bottles of wine are shown in shelving units in a walk-in wine cooler with glass walls (please see the Violence/Gore category for more details), and a man says that White guys drink beer cheaper than the skunks they pay for sex. Six scenes show different men lighting and smoking cigarettes in a prison yard as well as in an office beside and on sidewalks and near a warehouse.

MESSAGE - Fight for law and order, even when the odds are against you. 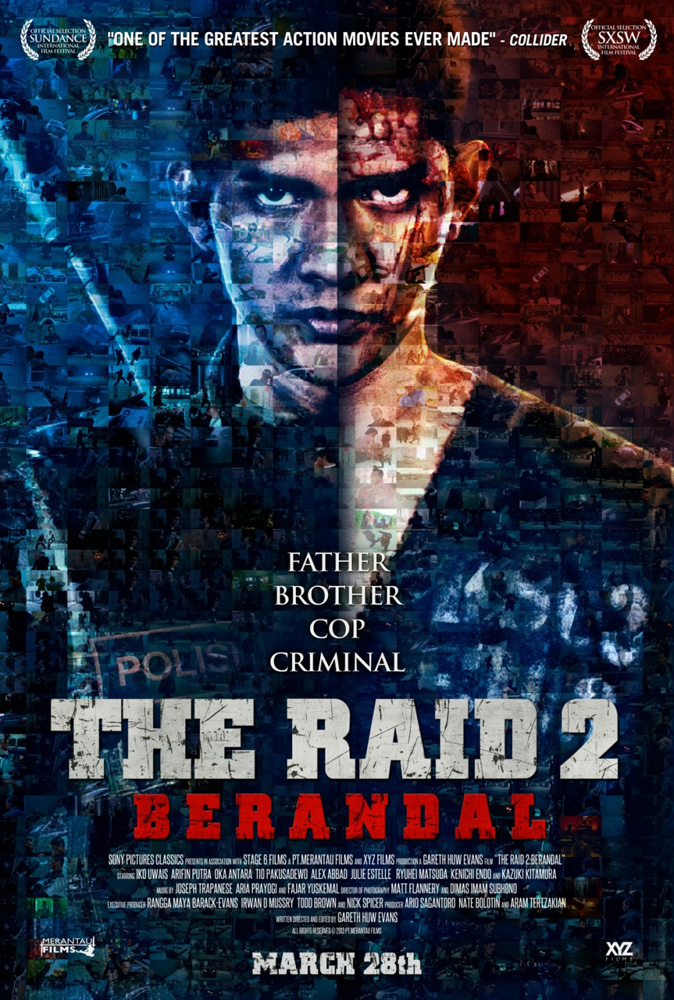