After their paranormal research project has been de-funded, a professor (Jared Harris) and his student assistants (Sam Clafin, Erin Richards and Rory Fleck-Byrne) experiment with a mysterious woman (Olivia Cooke). They attempt to capture a poltergeist, but discover other forces they cannot control. Also with Laurie Calvert, Max Pirkis, Richard Cunningham and Gemma Garvin. Directed by John Pogue. [1:38]

SEX/NUDITY 5 - A woman asks a man if he wants her and he is silent; she grabs him angrily and slams him into a wall, commanding, "Take me! She's inside of me!" and reaches for the man's belt and zipper, kisses him, and another man walks in and orders her to stop and she does. A woman wears a floor-length robe, closed completely in two scenes and opens the front as she sticks out one hose-covered thigh and leg and calls a different man in each scene to come into her bedroom (sex is implied); she leans against an older man in one of these scenes, kisses him, and he tells her to go back to bed, and in the other scene, a younger man kisses her and picks her up, entering her bedroom and they giggle, implying sex until we hear a crash and the man opens the door holding a pillow in front of his crotch (we see his bared chest, shoulders, arms, buttocks and one of her bare shins and feet sticking out of her robe) as he says the bed broke and the woman says she is not sorry it broke. A man and a woman lie in bed side-by-side talking (his chest, shoulders and arms bare and her bare shoulders are visible). A close-up shows two sets of bare feet and pans to bare knees with sheets and blankets below and above, as if a couple is in bed.
► A college-aged woman wears a series of micro-mini skirts and short-shorts that reach only the tops of the thighs; she also wears several blouses that reveal a slight amount of cleavage. An ancient line drawing depicts a woman in full frontal nudity.
► A professor accuses a male student of being in love with a mentally ill female experimental subject several times; a female student accuses a male professor and two male students of being in love with the subject a few times. A female mental patient asks a man if she looks like a woman, but he does not respond and she says that she looks like a little girl while looking in a mirror.
► We see a woman's bare shoulders, arms, back and the top of her buttocks in close-up as she lowers herself into a bathtub; in the bath we see her bare shoulders. As a woman sitting in a bathtub begins to rise, the camera cuts away and the lens trains on her again as she is sitting back down and we see bare shoulders and upper arms.

SUBSTANCE USE - Half a dozen scenes show a man or a woman filling a large hypodermic syringe from a vial of colorless drug and they administer the drug to a female patient in the upper arm or into her heart (we hear that one of the hypos contains something that will kill the patient and another one contains adrenalin). A man pops a champagne cork and he joins a woman and two other men in drinking, a group of men and a woman drink glasses of liquor, and a few empty liquor bottles are seen on a shelf in an old house. Dozens of scenes feature a man or a woman smoking cigarettes, a professor smokes inside and outside and carries his cigarette for extended periods in eleven scenes, a woman smokes four times in a living room and in a bathtub, and a male college student smokes indoors twice. 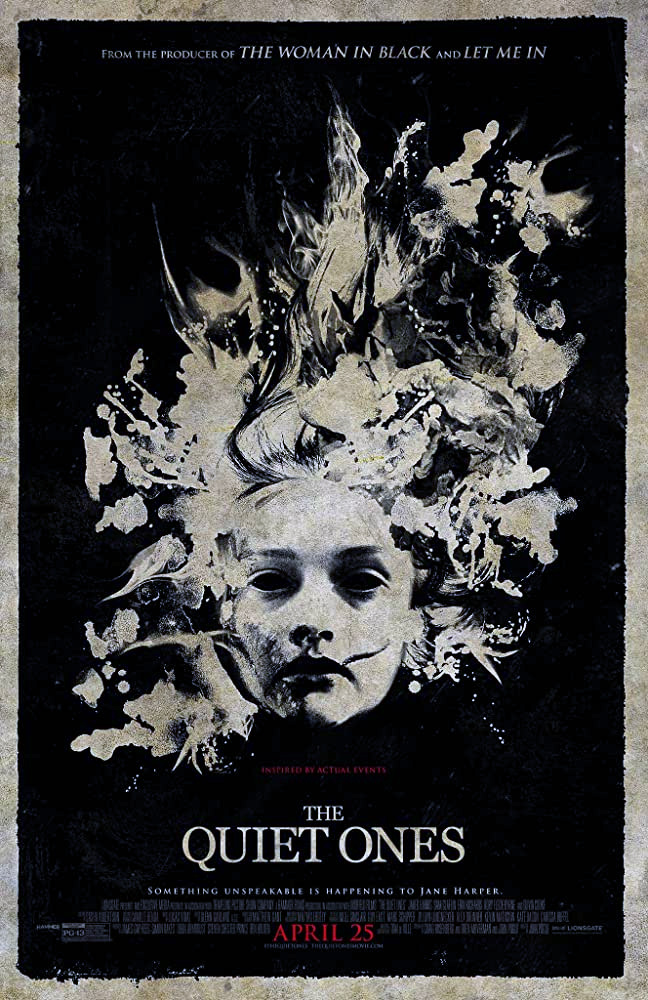