In classic kung-fu movie style, a group of warrior assassins and a British soldier (Russell Crowe) descend upon a feudal Chinese village. But a former slave-turned-freeman and blacksmith (RZA) defends himself and his new home. Also with Lucy Liu, Rick Yune, Jamie Chung and Dave Batista. Directed by RZA. [1:35]

SEX/NUDITY 7 - We see panning shots of various men and women having sex in different rooms in a brothel while a woman watches from an unseen room: a woman is shown on top of a man, they are both facing up (no nudity is visible) and rocking back and forth, we hear sexual moans as a man and a woman kiss passionately and we then see the women attack the man they are with (please see the Violence/Gore category for more details).
► We see a woman's legs spread (no nudity is visible) with a man's face between her thighs and it is implied that he is performing oral sex on her (the woman's crotch is under water); the man has a chain hanging from his mouth when he lifts his head and we then see the man and the woman kissing passionately.
► A man rubs his hands over a group of sleeping women (they are all wearing skimpy clothing and lying together on a bed), he makes a sexual comment while holding a sexual toy and he kisses one of the women passionately.
► A man and a woman kiss, the woman pulls the man's robe off his shoulder and they lie down on a bed (sex is implied). We hear two women moaning sexually and a man touches one of the women's buttocks suggestively as he walks away. A woman kisses a man, as four other women surround him and it is implied that the man is "ordering" the women as prostitutes. A man and a woman are seen kissing until they are interrupted by a group of men. We see women dancing on a stage.
► It is implied that a woman inserts a large key into the crotch-area of a female statue (we do not see the insertion but two men watch and whimper).
► A man tries to grab a woman, and she pulls away as a second man jokes that having sex with the man would be the "most traumatic experience of her life." A man crudely remarks that he wants to penetrate a woman as they come very close to kissing; their lips almost touch on multiple occasions as the man talks suggestively to the woman and the woman grabs the man's crotch and vaguely threatens him. A group of men discuss, in crude terms, what area they believe has the best prostitutes. A man's voiceover implies that a woman is a prostitute. A woman warns a group of men that an area is filled with traps that will "make them women."
► We see a group of women bathing together and one woman's bare back is shown. We see a woman helping a man dress; she pulls on the man's robe and closes her own robe. We see a man and a woman getting massages; they are on different tables and it is implied they are fully nude under their blankets. We see a still shot of a shirtless man and his bare chest and back are visible. As a group of women dance, we see them wearing skimpy clothing; a man grabs a woman whose cleavage is visible in a low-cut bikini top. A woman wears a dress that exposes her entire back. We see women wearing mid-drift exposing dresses and shirts.

SUBSTANCE USE - A woman gives a man a large vial saying that it is opium and we see the man opening the vial to take a drink. A man gives another man a significant amount of alcohol in order to help him deal with the pain of cauterizing wounds, and a woman orders alcohol to toast with a man and we see them toast and take a drink. We see a young child smoking a cigarette, and we see men and women smoking cigarettes and pipes throughout the movie.

MESSAGE - Revenge is very powerful motivation, but the desire to protect your community can be greater. 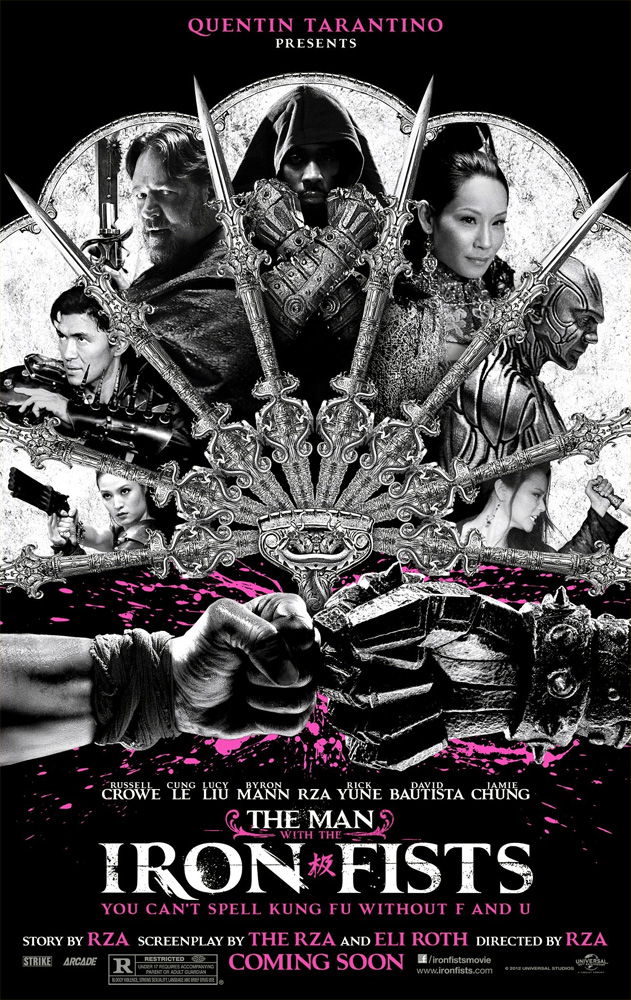