A car crash that ends a young man's (Joseph Gordon-Levitt) dreams of becoming a professional hockey player also puts him in a perpetual cycle of guilt and frustration, when a head trauma results in short-term memory problems and forces him to take a job as a janitor in a local bank. When he is approached by criminals offering him the opportunity to make a lot of money if he helps them rob the bank, he is tempted. Also with Jeff Daniels, Isla Fisher, Carla Gugino and Matthew Goode. Directed by Scott Frank. [1:42]


VIOLENCE/GORE 7 - A man shoots a police officer, the officer shoots back, gunfire is exchanged, and several people are shot (we see bloody wounds on each victim).
► A young man drives recklessly on a dark road, he turns off his headlights, he continues to drive fast, and when he turns the lights back on he sees a combine in the middle of the road; after a crash (which we do not see it), we hear that he suffered near fatal injuries, that two of the passengers were killed and that another of the passengers lost her leg.
► A young man remembers a car crash and we see a car and bodies on the ground around it, and one young man has bloody facial wounds.
► Two men struggle, one holds a gun to the other's face, he forces him to kneel and prepares to kill him; the one holding the gun is then shot, and he falls back onto the ground (blood spurts).
► A badly wounded man pulls himself along a road trying to reach an asthma inhaler but cannot reach it.
► A man kicks a young man in the stomach and punches a man in the stomach. A man punches a young man in the stomach.
► A man tells another man to "take care of" an elderly man; it is implied that he is killed but we do not see the killing. A man threatens to cut a man "up the middle."
► A young man imagines a young woman lifting her skirt to show him her prosthetic leg.
► A young woman finds a bag filled with guns in the trunk of a car. A young man becomes angry and throws items around a kitchen.
► A man and a young man argue. A man talks about how he became blind from the fumes in a meth lab. A young man remembers playing ice hockey and knocking another player to the ice.
► A young man has a scar on his throat, where he had a tracheotomy. A man urinates against a wall (we see a stream), and then reaches to shake a young man's hand.
► A young man and a young woman sit on the top of the back seat of a speeding convertible car.

MESSAGE - Whoever has the money, has the power. Forgiving yourself for something bad that you have done can be the hardest thing to do. 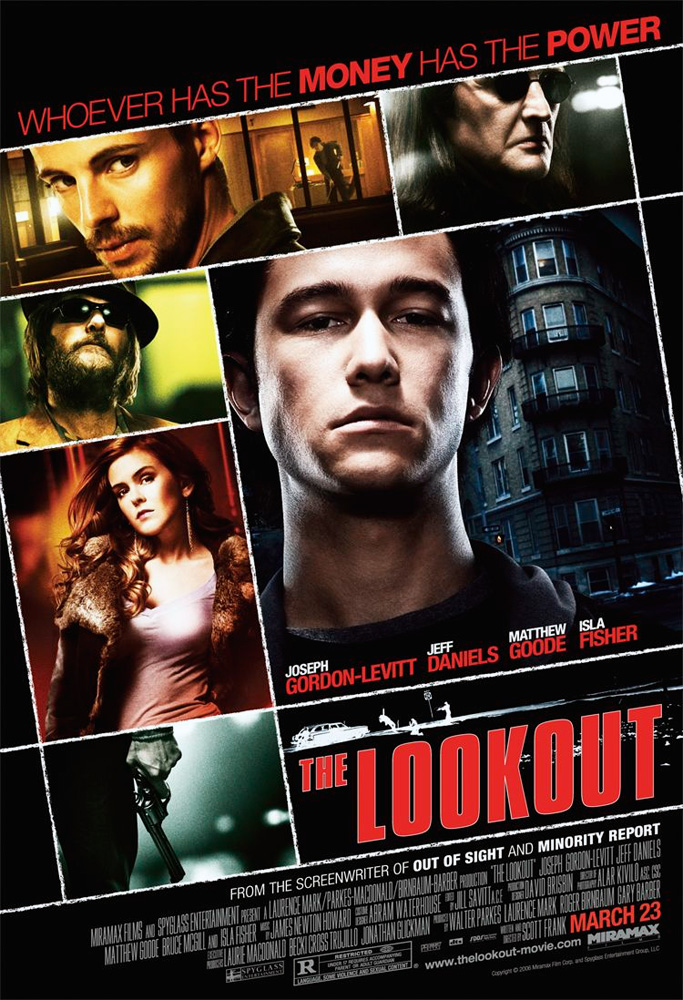