SEX/NUDITY 6 - A teen boy and a teen girl have intercourse in the back of his pickup truck: we see him on top, thrusting, with a plaid blanket over his buttocks (we see the lower legs of both, his bare back and chest and the bare shoulders and arms of both) and they both gasp as they climax.
► Two teen girls wearing revealing short shorts ride to a teen boy's house and sit on his bed; he asks them to have sex so that he can watch, they laugh and he kisses one girl briefly.
► A woman screams in an upstairs room and we follow an empty stairway to see a Bible covered in blood, a broken coffee cup and other debris; in a bedroom, we see the woman wearing a long nightgown (lower legs exposed) with lots of blood between her legs and all over the white sheets on the bed as she calls out that she is dying and asks God for help; trembling, she pulls up her nightgown where we see a bloody baby's head and she picks up the newborn and rocks it.
► A teen girl showers in the high school locker area (we see her bare shoulders and arms); she drops a bar of soap when she sees it is slightly bloody and her hands are covered with blood and she screams for help, not knowing what menstruation is (please see the Violence/Gore category for more details) while other girls throw tampons and sanitary napkins at her, chanting, "Plug it up!"
► Dozens of high school girls wear short-shorts to classes, revealing bare legs to the upper thigh. Teenage girls wear tight-fitting knit leggings that accentuate the curves of their buttocks, hips and legs. On sport fields, teen girls wear tight-fitting, almost legless shorts (revealing legs to the upper thigh) and crop tops that reveal shoulders, arms and abdomens. Boys on sports teams wear knee-length shorts and sleeveless shirts that reveal lower legs and bare arms and shoulders. At a high school prom, teen girls wear slightly low-cut gowns that reveal some cleavage. In a prom scene, we see the partially bare thighs of a few teen girls wearing short dresses. A female teacher exposes moderate cleavage in her dress. A dozen girls in a high school locker room wear large towels wrapped around them, revealing bare lower legs, shoulders and arms. Teen girls wear one-piece swimsuits for pool volleyball that reveal bare shoulder/arms and legs and a few show cleavage as well. A locker room scene features girls wearing bras and panties, short shorts or micro-miniskirts that reveal bare legs to the thigh and some cleavage.
► A teen girl confronts another teen girl about a prom and says, "You already booked a hotel room; have you practiced the noises you're gonna make?" as the other girl walks away. A woman tells her 18-year-old daughter that intercourse was the Original Sin of Adam and Eve and that men and teen boys are always after blood -- the bloody sin of intercourse; she says she should have killed herself when she discovered herself pregnant. A mother tells her teen daughter that she has "dirty pillows" and she responds saying that they are breasts.

SUBSTANCE USE - Two teen girls drink from beer bottles inside an SUV as a boy drives them to his house and one girl continues to drink on the sidewalk, a teen boy on Prom Night tells a teacher and his date that he heard that the punch is spiked (we see no one drinking anything).

MESSAGE - Bullying and child abuse can result in death. 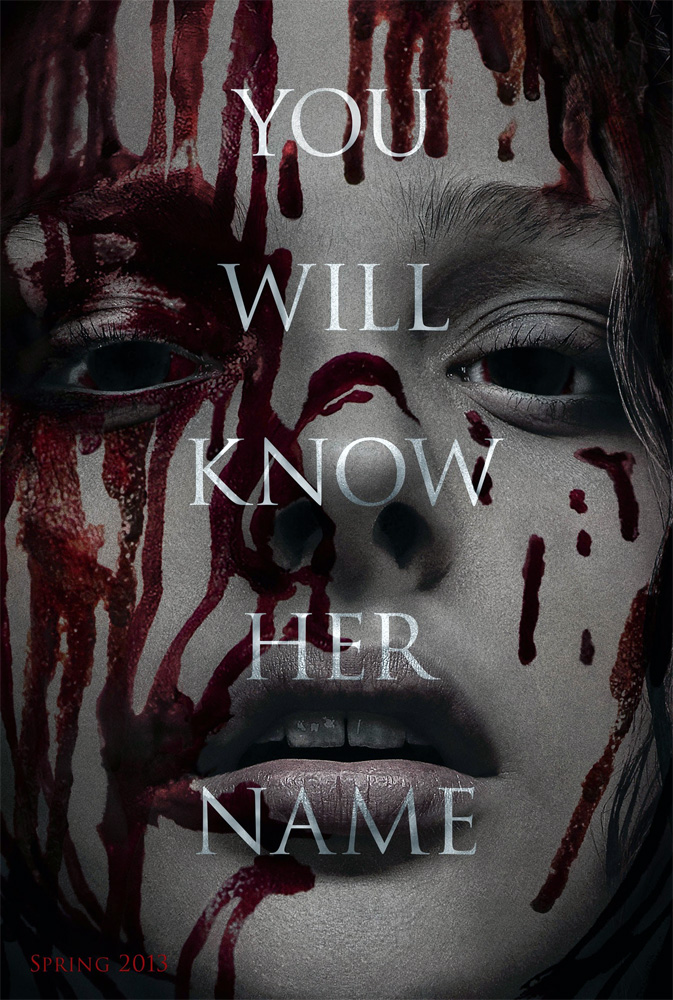