Drama that centers around a blind writer (Lluis Homar) as he uncovers his torrid past: His life is filled with flashbacks that relate a story of unscrupulous power, guilt, and love. Also with Penelope Cruz, Blanca Portillo and Jose Luis Gomez. Directed by Pedro Almodovar. In Spanish with English subtitles. [2:08]

VIOLENCE/GORE 4 - A man stands behind a woman at the top of a staircase and pushes her, causing her to fall down and crash at the bottom; she moans and attempts to move, the man rushes to her side, turns her over to reveal bloodied knees and legs, takes her to the hospital, and we hear that she has a broken leg (we see the woman using crutches, arm brace canes, a wheelchair, and we see large bruises on her legs and arms).
► A woman washes blood from a cut on her arm, a stream of blood is coming from one of her nostrils and down her face and onto her lips, and we hear that a man inflicted the wounds after an argument.
► A woman lunges at a young man holding a camera, she picks up a tripod and swings it at him, uses the tripod to pin him against a wall, and she begins to punch the camera, screaming that he must leave her alone. A woman violently attacks a young man (hitting him and shouting) in a film that the young man, the woman in the film and an older man are watching. As part of a scene being filmed for a movie, a crazed woman shoves another woman down the stairs, and we see it in slow motion.
► As a car with a man and a woman crosses an intersection, an SUV crashes into its side, a loud shriek is heard and the car is dragged across lanes of traffic and off-screen (we see this scene a few times).
► A man is seen lying in a hospital bed, with gauze wrapped around his head and eyes and a brace on his wrist.
► After noticing that a small amount of smoke is coming from a bed, a woman asks another woman if she had set her bed on fire, and she replies "fire cleanses." We see a man with an exaggerated expression on his face while he is pretending to be dead, a woman enters the room, sits down on the bed and the man spooks her when he yelps and grabs her arms.
► A woman sobs during a phone conversation with another woman, as she describes an elderly man unable to sleep through the night because he had been vomiting blood; the woman describes it as being like the man's "insides had exploded." A man thanks a woman he had pushed down the stairs for not telling people that he had pushed her; the woman tells him that he is never allowed to touch her again. A young man places his hand on the man's back and urges him to move, and the man shouts and refuses. A man angrily shouts at a woman. During a very intense discussion, a man tells a young man that he had never intended to kill another man. A woman reads aloud from a newspaper that a man has died and asks another man if he knows the deceased man. A man tells a woman that a person had died, the woman remarks that she knew the man had been ill, but that she did not know that he had died. A woman informs an older man and a young man that she had knowledge of the details behind a car accident. A man says that he had not been surprised when a woman had died in a car accident, since he also feels like he had died in the accident with her.
► A man tells a woman about a man who had abandoned his mentally challenged son, and the woman is moved to tears. A tearful woman tells a man that her father is suffering from stomach cancer and that he is being dismissed from the hospital since the cancer had spread. An older woman fights back tears as she tells a woman that a man is being dismissed from the hospital, sent to die at home, because his doctor is concerned that he will miss his vacation. A doctor tells three people that the man in his care was in very poor health, that he was going to do his best to make sure the man survived, but will have to wait to perform life-saving surgery. During a phone conversation, a woman tearfully tells an older man that her father is dying. A woman tells a man that her son had experienced problems breathing and the doctors are unable to determine the cause of his illness. While discussing the death of a woman, a man asks a woman if she had visited the deceased woman's grave. A young man tells a woman that he had an "accident" and that he would explain it later (no other details are provided). A woman tells another woman that she could have killed someone after the woman threw a large paperweight out a window. A man tells a woman that he could have died from a heart attack after having such vigorous intercourse with her. A young man dictates a story to an older man and describes a world where vampires have taken over blood donation centers and are using the blood to feed themselves; the main character is a female vampire who falls in love with a human male after she becomes aroused while drawing his blood. A man asks another man if he would be interested in writing a story about a struggle between a father and son, which will only resolve itself when the father dies and the son is able to find "salvation." A young man remarks that he had "pissed himself" because he was laughing so hard.
► Large screen-printed artwork of semi-automatic rifles and handguns are seen hanging in a man's home.

SUBSTANCE USE - A young man drinks a beverage that has been laced with a drug that causes him to pass out and we hear that he recovers after being in a six-hour coma, a young man asks another young man if he would be interested in "some crystal," and then ducks behind the young man and pulls out a baggie of powder and places a drop of it in his mouth, a man tells a woman, "Your rails are done" as a plate with rows of cocaine is laid in front of her, a man says that he had received the nickname of "X" because he had taken a lot of ecstasy in the past, a young man grabs another young man's face and remarks that he is high on drugs, two young men are seen dipping their fingers in a white powder and putting them in their mouth, an older man asks a young man if he is feeling better after recovering from an accidental drug overdose, a woman places a box of pills (we later learn these are sleeping pills) into a blender of soup she is preparing for a man, a woman asks another woman if she could help her hide 30 lbs of uncut cocaine that a man had accidentally left in her closet, in a scene from a movie a woman tells another woman that she has 30lbs of uncut cocaine in a suitcase in her home and she is worried that the police will find it, and a woman warns another woman not to eat any soup because it had sleeping pills in it. A man takes a sip of an alcoholic drink in a couple of scenes, a man takes a sip of wine, a woman holds an alcoholic drink in her hand and takes a sip, a woman remarks that she feels slightly hung over, a waiter serves three people alcoholic drinks, a woman chugs an alcoholic drink and orders another, a man drinks a beer, and a young man holds a bottle of beer. A couple of men smoke cigarettes in several scenes, a woman smokes a cigarette in several scenes, and a man holds a burning cigarette. 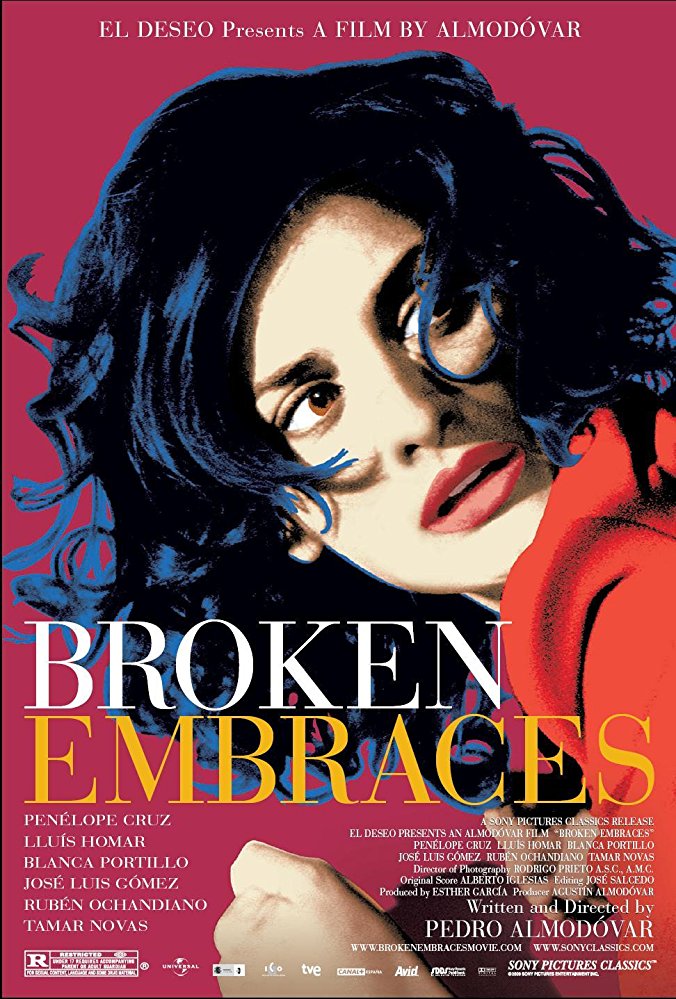