A new pop star (Gugu Mbatha-Raw) wins a Billboard Music Award and seeking money and fame to please her mother she must confront the pressures of success. Her lifesaver is a police officer (Nate Parker) with political goals. Also with Minnie Driver, Danny Glover and Machine Gun Kelly. Directed by Gina Prince-Bythewood. [1:42]

VIOLENCE/GORE 3 - A woman calls a police officer and when he arrives the woman's husband shoots at him, hitting the ceiling instead; the officer takes the man down and punches his face hard three times until it is bloody. A male entertainer pushes a female singer very roughly on stage and calls her names; a police officer punches him in the jaw and he falls as the woman walks off stage and the crowd applauds. Two police officers restrain an abusive husband and cuff him as his wife cries with a bloody mouth and two little boys look scared.
► A woman enters her hotel room followed by her mother who screams loudly off camera and a police guard runs in to find the singer sitting on the balcony railing, looking down into traffic; she falls forward, but the guard pulls her back up and onto the balcony, where she cries; the next day, she tells the press that she slipped, because she was inebriated and her high heels were too tall (please see the Substance Use category for more details).
► A woman smashes four poster-size frames photos in her home, cutting her hand and forearm (we see some blood, but no cuts and no bandages are shown). A stage mom orders her daughter to smash her second-place trophy in a school singing competition and the girl drops it sadly leaving broken pieces on the pavement. A woman continually belittles and shouts at her daughter as an adult, suggesting that she is stupid and telling her that she is a cliché. A woman argues with her mother about all the semi-nude photo shoots she has done since her childhood and her mom says it is fine because they made money; the woman shouts and cries and her mom slaps her in the face. A man berates a woman for her sexualized performances by calling them her usual "face-down, [anatomical term deleted]-up." A record label executive tells a pop star, "Suicide ain't sexy" and she denies attempting suicide while her mother shouts about cheap tabloid speculations.
► Paparazzi chase a pop star and a police officer wherever either one of them goes, causing driving problems with flashing camera lights in their eyes and the photographers get close-ups as the officer places a large rifle into his cruiser trunk.

SUBSTANCE USE - A woman drinks a full bottle of champagne in her limousine (please see the Violence/Gore category for more details), a man orders a beer at a bar (he does not drink it) and short glasses of liquor are seen in front of several other men, a man drinks a bottle of beer on a beach, men and women drink Margaritas and bottles of beer at a beach bar, a man drinks a bottle of beer in an apartment, men and women have glasses of wine in front of them at a dinner, and a woman passes bottles of champagne around and people drink from beverages in highball glasses at a party.

MESSAGE - One need not follow the crowd example of sexualizing and abusing women. 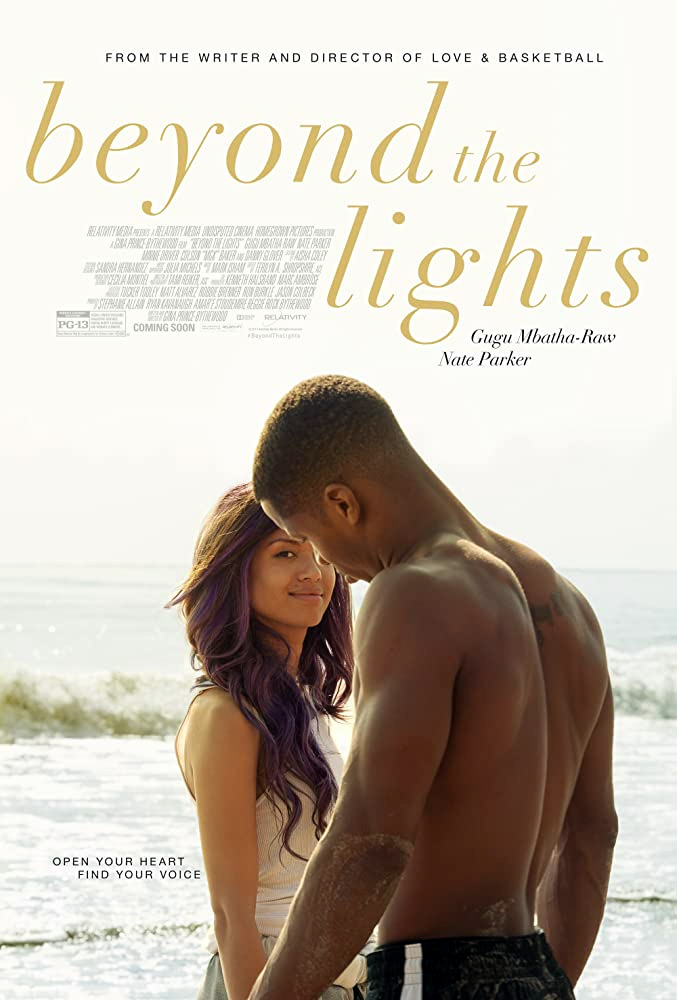