An aging realtor (Michael Douglas) is obnoxious and self-centered, and his only aim is to sell one more expensive house and retire. However, his estranged son drops off a granddaughter he never knew (Sterling Jerins) and unable to relate to a nine-year-old girl, gives her to his friendly neighbor (Diane Keaton). Also with Paloma Guzmán, Frances Sternhagen and Frankie Valli. Directed by Rob Reiner. [1:34]

SEX/NUDITY 3 - An older man and an older woman kiss briefly and stop, they both say that they have not dated in a long time, ever since their spouses died and they kiss passionately with the woman moaning in pleasure and they walk to the bedroom (sex is implied); the camera cuts to the couple in bed, where in close-up we see his shoulders and her shoulders above a quilt. A man and a woman kiss briefly in a restaurant.
► A woman in labor moans in pain (she reveals some cleavage in her scoop-necked dress), a man tries to help deliver the baby under her wide, long skirt, he pulls off her panties and tosses them behind the couch (we never see her lower body), says there is a head in her vagina, and as the woman pushes and grunts he lifts a small baby that is curled up and wet.
► Women and girls wear short shorts that reveal legs to the thighs. A woman reveals some cleavage while wearing a scoop-necked dress. A woman reveals slight cleavage in an open-necked shirt. A scene in a crack house includes a woman we see from the back, wearing a bra and panties that reveal her bare back, arms and legs to the thigh (please see the Substance Use category for more details).
► An older man tells the boyfriend of his female neighbor that he is having sex with her; the second man's mouth drops open in surprise, but he says nothing. A woman tells a man that she could never participate in casual sex, even during the Woodstock and free love years. A woman tells a man that if they date and have sex, then he must stay the whole night, every night; he agrees. A woman tells a man that getting up and leaving after having had sex with her was an extension of his orgasm. As a neighbor goes into labor on his couch, a man tells his young granddaughter, "This is what happens when you have sex" and the little girl's eyes widen. A man tells his granddaughter to stay away from a neighbor boy, because he shows people his penis (we never see it). A mother removes her son's shorts below the frame of a close-up and the man says, "Cover your [anatomical term deleted]"; two other boys repeat the anatomical term three times. A man tells two young boys that he will have them spayed (their mother corrects him, and says "neutered") if they make noise; he also says to cut their hair so he can tell that they are boys. A man tells a club owner that a potential singer for the club had sex with Elvis Presley; the club owner hires her. A large dog thrusts his hips against the back of a large teddy bear.

VIOLENCE/GORE 2 - A man visits a large cemetery to place flowers on his wife's grave in one scene and to say goodbye in another scene. A woman singer in a small club cries every time she sings, speaking of her dead husband and saying that he died of an aneurysm.
► A woman in labor on her downstairs neighbor's couch shouts, grunts and moans in pain; the neighbor shouts fearfully about the situation and the woman replies that she could not get up the stairs and the man tries to help deliver the baby under her wide, long skirt; he pulls off her panties and tosses them behind the couch (we never see her lower body), says there is a head in her vagina, and as the woman pushes and grunts, and he lifts a small baby that is curled up and wet.
► A drug addicted woman meets her young daughter for the first time in years and the woman cries and collapses from poor health and drug abuse (please see the Substance Use category for more details); the young daughter says that she is not sure that she wants to see her mother again.
► A man argues with his adult son, who formerly used recreational drugs; later, the son leaves his young daughter with the man, while the man objects and a neighbor berates him for not being welcoming. Several clients of an unfriendly realtor walk out of a house and refuse to make an offer on it. A realtor argues several times with another realtor. A man shouts at a woman, telling her that his wife died of cancer and that he cooked, cleaned, washed her, cried and prayed for two years before she died. A man tells people in two scenes that his son fell and rolled down the hill from his wife's grave because the son was high on drugs (please see the Substance Use category for more details). A neighbor argues with the owner about renting an upstairs apartment to a couple in which the woman is nine-months pregnant and must climb a long flight of stairs; the owner indicates that he does not care. A man argues with another man about parking rights. A man tells his young granddaughter they will break her dad out of prison with money, lawyers and guns (we see no guns); he is serving time for a white-collar crime that he did not commit.
► At a dirty, cluttered crack house, a man is dirty, wearing old clothing, sweating and his face is covered with dirt and small lesions. At a filthy ghetto apartment among piles of trash in the streets, a woman appears at a door with her hair matted and her lips cracked, caked in the corners with dried blood.
► A man takes a rifle from the trunk of his car and shoots a large dog in the rump with a paintball; the dog squeals and runs away. An overweight man wearing a suit falls on a child's Slip ‘N' Slide, but is not injured, only wet.
► Twice, a dog crouches as if to defecate on a lawn, but does not do so. A realtor says that the color yellow in a home makes him puke (he does not do so).

SUBSTANCE USE - Three men at a crack house slump against a wall in a stupor as a woman gets a bottle of beer from the refrigerator and sits down with them, a man argues with his adult son about the son's former recreational drug use, a man tells his adult son and other people that the only thing the son could do well was take drugs, and we hear that a man living in a crack house and a woman living in a ghetto use drugs. A man drinks a martini on his front porch, a man arrives home at night after drinking in a small club and staggers on the steps while lurching and grinning in a silly manner, we see tables with glasses of cocktails and beer in clubs as well as a few martinis while one or two men drink from their cocktails, a man and a woman drink large glasses of wine at her home, and a man and a woman sit at a café table with a martini and a glass of wine (neither person drinks). A few club scenes feature light cigarette smoke curling up from tables near a small stage where a woman sings, and an elderly woman continuously smokes cigarettes in her realty office.

MESSAGE - Loneliness can be healed. 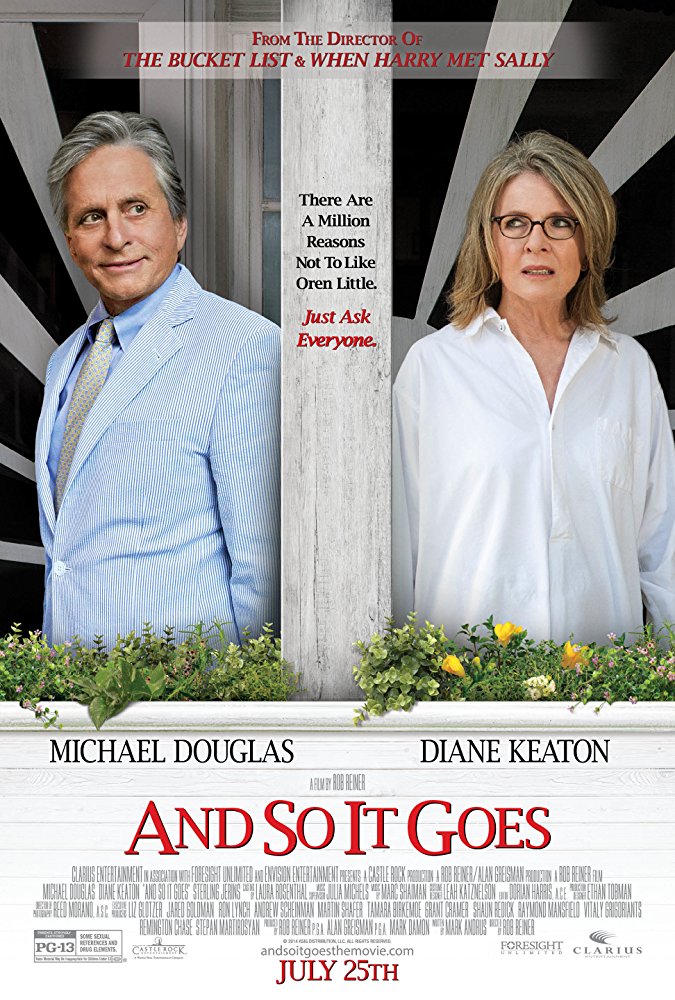