Highly rated French film about a young woman (Audrey Tautou) who discovers that the way to her own happiness is through helping others find theirs. Anonymously and inventively she straightens out her neighbors' lives by doing small kindnesses for them -- although in some cases, when they deserve it, she dishes out small doses of revenge. Also with Mathieu Kassovitz, Rufus, Lorella Cravotta and Claire Maurier. In French with English subtitles. [2:00]

SEX/NUDITY 8 - There are quick shots of twelve different couples having sex at the point of orgasm (we see each couple nude, exposing bare breasts, backs and shoulders and hear the sounds of climax). A man and woman have sex; the woman lies on her back motionless and the man moves rhythmically on top of her and moans. A man and woman kiss passionately in a restaurant restroom and we hear them having sex (we see their silhouette through a glass window in the door, the woman screams during orgasm, we hear rhythmic pounding against a wall and door, and the dishes in the restaurant vibrate rhythmically). A man and woman kiss each other tenderly on the face and neck, then they kiss passionately and we see their silhouette through curtains. A nude (from the shoulders to the hips) pregnant woman is shown and we see her tummy grow in a fast-frame sequence. Several scenes take place in a pornographic video store: we see some sex apparatus (some nude breasts, some penis-shaped items, videos, magazines), and we see a woman with a small costume on dancing suggestively in a room; she later removes the top and dances with bare breasts and bare buttocks. A man and woman are shown in bed apparently after having had sex; the woman is nude but we only see her shoulders and the side of her waist because the man lies on top of her (we see his bare back to the waist). A man touches a woman's cleavage. A boy peeks through a hole to watch a woman in a slip washing out her undergarments. A man and woman flirt, a man and woman make suggestive facial gestures at each other, and a man admires a woman as she walks by. A woman sits in a bathtub covered to the chest by water and bubbles. A woman is shown in a slip which exposes some cleavage, a woman wears a tight-fitting sweater exposing cleavage, and a woman wears a tube top and tight pants exposing cleavage. A scene shows sperm fertilizing an egg, and we see a baby's head at birth (it's hard to discern anything else). A man wears tight-fitting swim trunks and we see the outline of his private parts. A woman suggestively invites another woman into her apartment. Two men urinate in a bathroom; we hear the trickling. Four photographs of a man become animated and talk about having been in a woman's breast pocket. Three nude babies swim in a pool (we see their private parts).

VIOLENCE/GORE 4 - A woman jumps from the roof of a church and lands on a woman on the street killing them both (we hear the woman scream and the screen goes black when she lands). A man is shown in a couple of scenes with two guns held to his head. There are several scenes on TV of disasters and accidents (plane crashes, train derailments, car crashes, Princess Diana's fatal accident, a truck exploding when it drives over a land mine). We see a dead, stuffed dog in a woman's kitchen. A woman rides through a ghost house at a fair and there are lots of ghoulish looking creatures and a man dressed in a skeleton suit touches her face. A man chases another man, jumps on a moped and drives recklessly almost getting hit by an oncoming car. Two men shove each other and argue, a boy is bullied and stuffed in a garbage can, a man pulls on a boy's ear, and a man slaps a young man on the back of the head. We see a funeral on TV. We see the image of a woman's heart beating through her shirt. A goldfish jumps out of its tank and a little girl screams (there is talk of it having committed suicide); it is rescued and then taken to a stream where it is released. A man yells in frustration and hits his TV set, a man and woman argue briefly, and a woman yells at a man. There is talk of a young girl's mother being dead and we see her father making a shrine with the urn containing her ashes. A woman talks about her husband having been killed in a car accident. A woman melts into a puddle of water and splashes onto the floor. Three men carry a coffin presumably with a body in it. A woman talks about a horse having fallen on her leg injuring her. A woman breaks into a man's apartment and sabotages things (changes the alarm clock time, exchanges foot cream for toothpaste, puts sugar in a bottle of alcohol, changes his slippers for a different size, etc.). A man plugs in a lamp, sparks fly from the cord and he yells. A young man is missing an arm (we see his empty sleeve dangling by his side). A woman spills hot tea on a woman's lap and the woman yells, a man runs into a couple as he races by them.

MESSAGE - We all deserve happiness, it's just a matter of figuring out how to go about getting it. 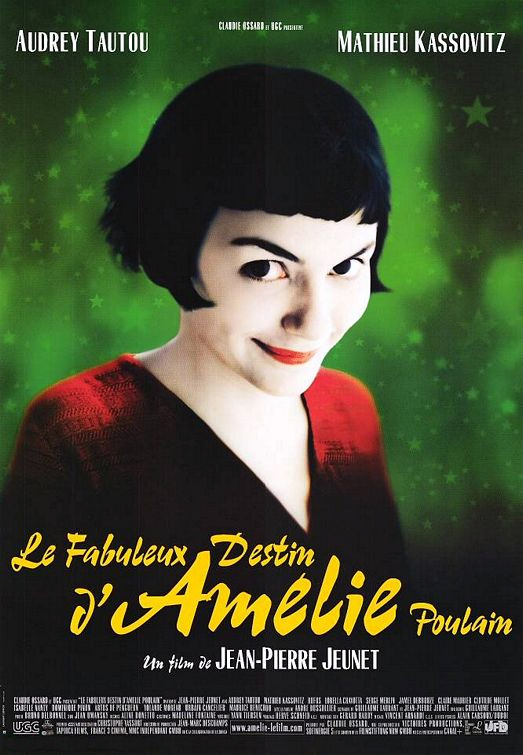