Ben Stiller stars as a man who's always playing it safe, trying to avoid any and all risk. But when his new wife dumps him on their honeymoon he's stunned and humiliated and when he meets an adventure-craving, childhood friend named Polly (Jennifer Aniston) he's swept along in a whirlwind of extreme sports, spicy foods, and other dangers. Also with Debra Messing, Philip Seymour Hoffman and Hank Azaria. Directed by John Hamburg. [1:30]

SEX/NUDITY 6 - We hear rhythmic knocking and hear a woman moaning, then see a man and woman in bed, mostly covered by a blanket, but apparently having sex in the missionary position. Men and women do salsa dancing in a few scenes, and some moves are very sensual (including dancing very close): the man runs his hand down a woman's chest and kisses her, a man caresses a woman's thigh and buttocks, they hold each other close and move their hips suggestively, and a man grabs his crotch and thrusts his hips. Also, two men salsa dance together closely (during dancing lessons). A man and a woman kiss, she climbs on top of him in bed (she is wearing a tank top and short boxer panties), he smacks her buttocks, they kiss again, we see her on top of him, then him on top of her and it's obvious that they're having sex, although there's no visible thrusting or moaning; he thinks about trying to maintain his erection as long as possible (we hear his thoughts) and when he reaches orgasm he yells. A man and a woman kiss in many scenes. A man talks about smacking women on the buttocks when they kiss, and makes sexual remarks. A man and a woman hold hands. A nude man walks toward a man and a woman on a beach (we see his bare buttocks), the woman looks below his waist and makes a remark about the size of a boat. A nude man walks toward the sea (we see his bare buttocks). A man wears tight-fitting pants that accentuate his private parts. A man sits on a toilet with his pants around his ankles. A man takes off his shirt and we see his bare back and chest. Women wear outfits that are low-cut, short tops and low-cut pants exposing cleavage, bare abdomens, bare backs, and bare shoulders. A woman bends over, her shirt rises and two men admire a tattoo on her lower back. We see several women (from behind) walking topless on a beach. A man tweaks another man's ear a few times and smacks him on the buttocks while he's standing at a urinal. A man makes a sexual gesture with a microphone, a woman teases another woman of having had "sympathy sex" with a man, and a woman makes sexual gestures with a loaf of bread. A man who is jealous about his girlfriend threatens another man in a men's room until the second man reveals that he is gay.

VIOLENCE/GORE 4 - Two men fight, one is tackled by the other onto a stage and they wrestle. People on a sailboat are tossed around violently during a storm at sea and the ship crashes into rocks, and sinks (we see the passengers in a raft). A man jumps off the roof of a very tall building, deploys a parachute and crashes into a tree (we hear a crunch and groaning). A man drives backward down a hill. A man lunges at a man, says "I'm gonna kill you," and the other man grabs him and twists his arm. Two men play racquetball, they slam into walls and the floor, one slams into the wall, knocks a tooth out and his mouth is bloody. A man slips and falls hard on a waxed floor. We see a drawing of a boy with his arms blown off by explosives and blood dripping on the ground. A man drops a woman on the floor when a lizard falls on her, as he carries her into a room (we hear a thud and see a large bruise on her thigh). A man and a woman repeatedly stab pillows with knives. A man hits his head on a lamp when standing up from a table. A ferret runs into a wall and later into a garbage can. A man throws his phone against a wall. We hear that a man has been bitten by a shark and is in the hospital. While playing basketball, a man's face is rubbed against another man's very hairy and sweaty chest. A man vomits (we hear loud wrenching). Two men urinate in urinals (we hear streams and one man flatulates a few times), and one shakes vigorously when he is finished. A man sits on a toilet, we hear him flatulating, a ferret comes into the bathroom and the man gets nervous about what the ferret is going to do. A man tells another man that he has to leave a party because he has had an accident in his pants. A man sweats profusely while eating spicy food. A man's upset stomach rumbles loudly in two scenes. A man describes the substances and germs present in shared bowls of peanuts served in a bars, and a man drops peanuts onto a sidewalk, scratches one on the concrete, rubs the rest around, and then eats them.

MESSAGE - Taking risks can sometimes be the only way to truly experience life. 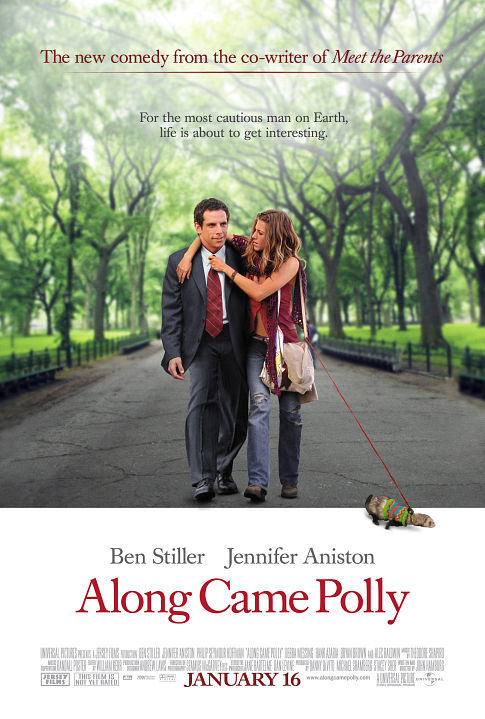